This is a regular series which attempts to combine my lifelong passion for trading cards with my semi-professional interest in celebrities.  Today, I salute the NHL conference leaders, the Anaheim Ducks and the Pittsburgh Penguins.

Singer, actor, songwriter David Archuleta was born in Utah.  He appeared on Star Search, but found mass fame on American Idol.  Since then, he has been recording and performing, as well as acting.  When he sang the National Anthem at an Anaheim Ducks game, he became the first celeb Duck to appear on a Celebrity Jersey Card! 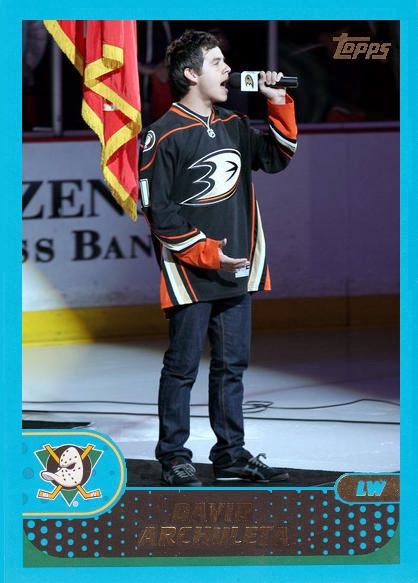 Mike Piazza was born and raised northwest of Philadelphia, but he landed on a Celebrity Jersey Card in a Pittsburgh Penguins jersey.  I don't know what the story is, but it would seem interesting.  Maybe I will interview him one day and I will certainly ask that question. 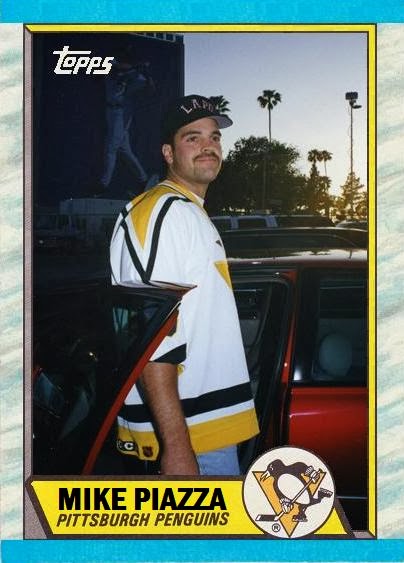