I have to start by giving the devil (or in this case, the zebra) his due.  I may or may not have been able to interview Melissa Coates without his help.  With his assistance, it was one of the easiest interviews I ever have had.
The Evil Zebra is a mysterious man from the east coast.  He has hobnobbed with the brightest of stars.  He has appeared on the old (but great) Mike Douglass Show.  He has been a referee in the wrestling business.
During the course of the interview, Melissa mentioned a restraining order that she had on EZ.  I knew nothing about that order, nor did I encourage her in anyway to get it or maintain it.  I was simply there uncovering the facts.
Since then, EZ has been a bit upset with me (as if I controlled Melissa).  I merely heard her story and expressed my opinions.  While EZ has moaned about my alleged participation, he has never really given me his side of the story.  I can only judge based on the facts presented to me.
I have nothing against EZ.  In fact, I continually encourage him to send me more contributions for Friendly Encounters.  In fact, I encourage him to write a book of his stories.  Maybe he can even tell his tale of the Coates situation.
I hope that he can settle whatever issues there are with Melissa.  They both seem like great people.  They both obviously took a liking to me for some reason.  I have offered before and I will offer again to mediate any meeting between the two.  Heck, I will even bring some cake (which EZ totally would enjoy).
What more can I do?  I expect some sort of reply from the EZ.  I expect his usual wit.  Check the comments later to see what he says.  Hopefully, this will serve as a first step in the mending process. 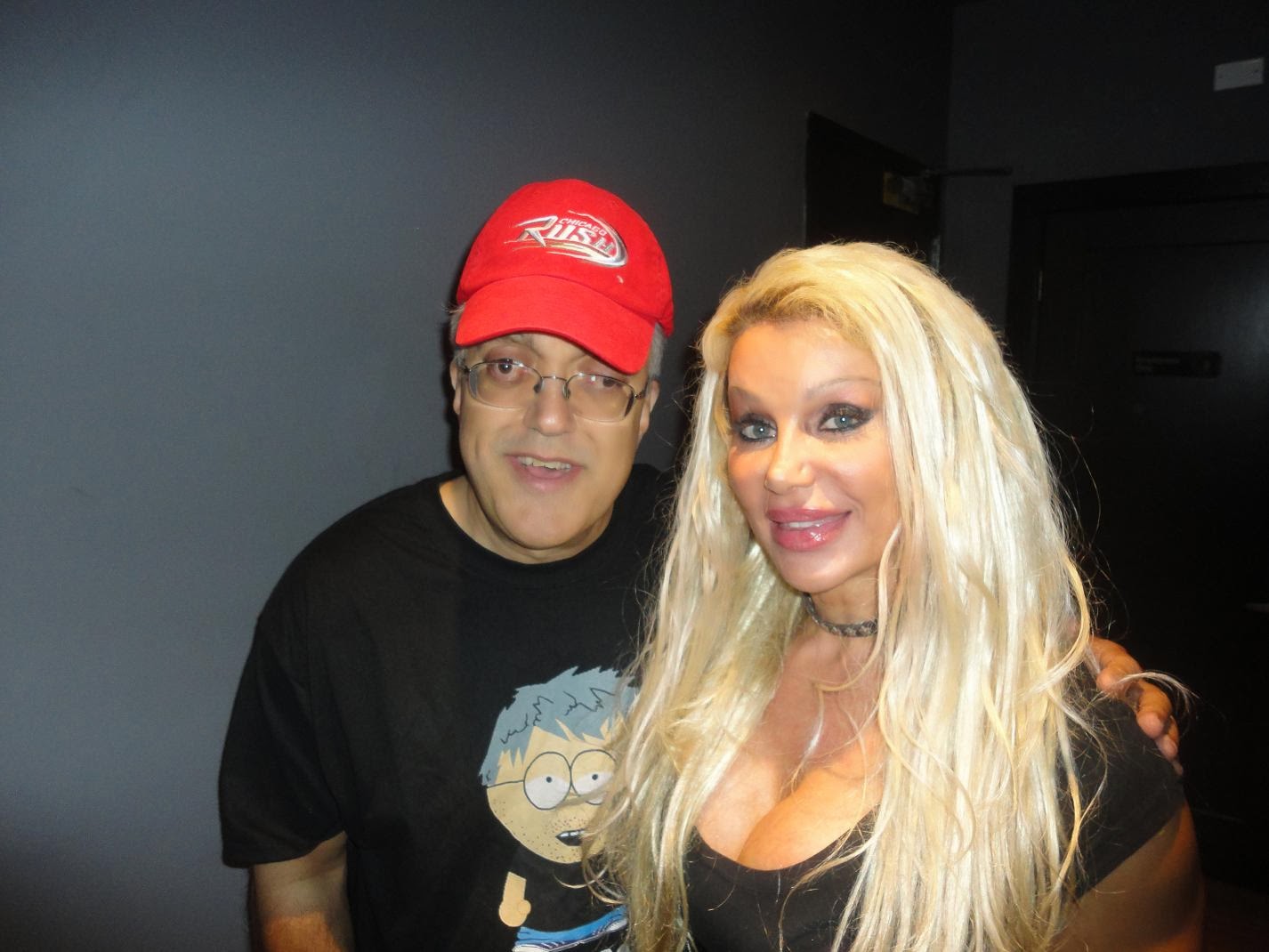 Melissa Coates and me in Arlington Heights, Summer 2013.
Posted by Johngy at 6:00 AM

I have to start by saying you would have NEVER been able to interview Melissa Coates without the help of yours truly the EVIL ZEBRA!

That being said..... not sure what you put in her drink to turn her against me during that interview, but now that you know she has a restraing order out on me, WHY do you continue to throw fuel into the fire by keeping it up by egging her on!

I will however let you know that my bestest buddy, Malia Hosaka just happened to be driving by Melissa's house outside of Atlanta last night..... and Melissa should be thanking god today that Malia did not stop and let her dog, PUPPPUP take a big POOP POOP on Melissa's front doorstep, like I wanted her to do!

That's right wrestling fans..... you can see more on this ROAD TRIP as Malia along with Lez and Puppup make a cross country trip that is being documented by me.... EZ