This is a regular series which attempts to combine my lifelong passion for bubblegum cards with my semi-professional interest in celebrities.  I'm a little late, as WrestleMania was last Sunday, but I am featuring two beautiful wrestlers.

Native Canadian and former pro wrestler Trish Stratus won the WWE Women's title seven times.  She was also named 'Babe of the Year' 3 times, 'Diva of the Decade' once and PWI 'Woman of the Year' 4 times.  Her Celebrity Jersey Card Blue Jays uniform has #10 on it, but I can't say it is for Vernon Wells or if that number has other significance for her.  Either way, she is looking good!  I am just sorry to say she is one of a handful of wrestlers I have not yet met but definitely have on my 'want' list. 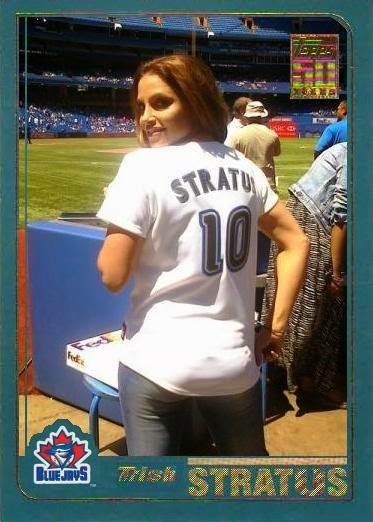 Mickie James is still an active wrestler.  She also has won numerous titles, but some of her championships have come in TNA, as well as WWE.  Her first WWE Women's title reign started with a victory over Stratus.  How is that for symmetry?  Plus, I was there to witness it!  Her Celebrity Jersey Card features James singing, which happens to be another of hers,  Like Stratus, James is multi-talented and very beautiful.  Unlike Stratus, I have met James (I am happy to report). 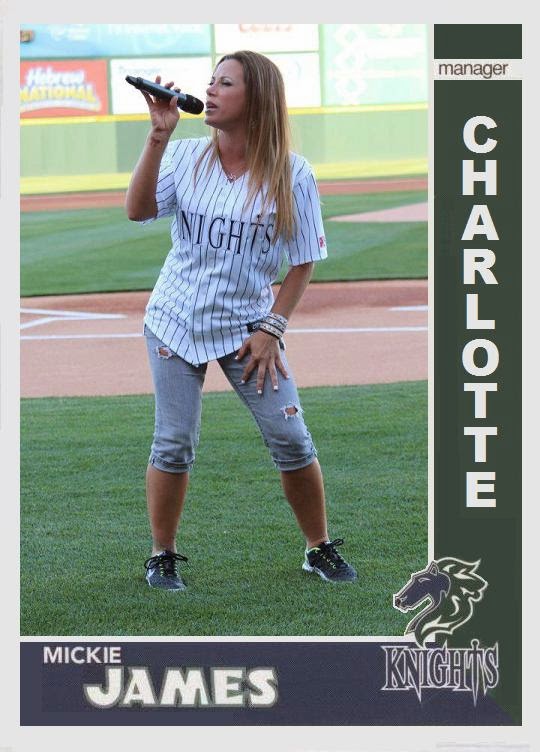