This is a regular series which attempts to combine my lifelong love of baseball cards with my semi-professional interest in celebrities.  The NHL regular season is over and two New York teams finished in last place in their divisions.

Darryl Strawberry played for both NY baseball teams.  On his Celebrity Jersey Card, he is representing the Islanders, who finished in last place in the Metropolitan division.  Straw had his share of success in baseball though, as he was on three World Series winners and 8 All-Star teams.  With that type of resume, Straw should be sporting a Rangers sweater, since they are actually in the playoffs. 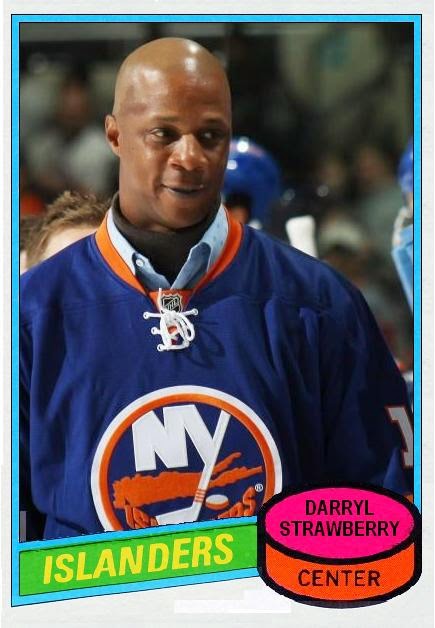 A native of Buffalo, NY, Chad Michael Murray is an actor, spokesperson and model.  He has been acting for over 15 years and his breakthrough role was on tv's One Tree Hill.  My favorite #9 from the Sabres would be Norm Gratton.  I am fairly certain CMM's would be someone more recent, perhaps Derek Roy. 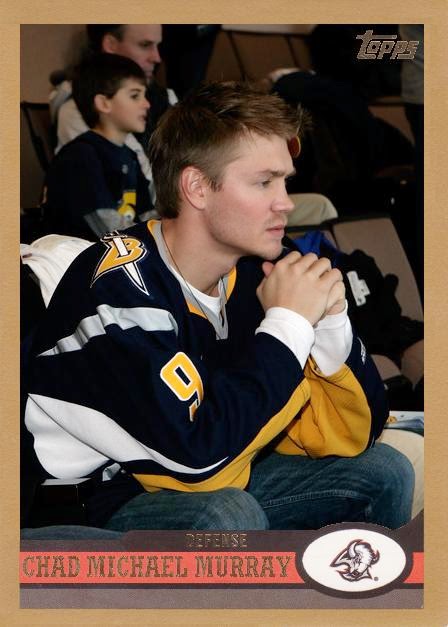