This is a weekly series which features my friends who have met celebrities.

Over the years, Matt Parker has probably been the biggest contributor and helper with JohngysBeat.com.  He is always looking for photo opportunities to use on the site.  A couple years ago at U.S. Cellular Field, he took a page from my sister Nancy's book by posing with an inanimate object, namely the Lady Liberty White Sox statue.
In earlier days, I would have accuse him of hitting on Miss Liberty.  Would that make Lady Liberty a cougar?  Being that he is happily attached now, I cannot accuse him of that.
So what is with him posing with a statue?  Who cares.  It is a cool Chicago picture from a big White Sox fan.
Wait a minute.  What time is it?  Matt might not be a Sox fan now.  Which way is the wind blowing?  Never mind.  Actually, at the time, he was clearly a Sox fan (unless he had another team's shirt under the Sox jersey).  That's really all that matters.
No, actually, all that matters is that Matt gave me a cool picture.  I don't really care which team he follows on any given day.  Like the wind in Chicago, it can change any minute. 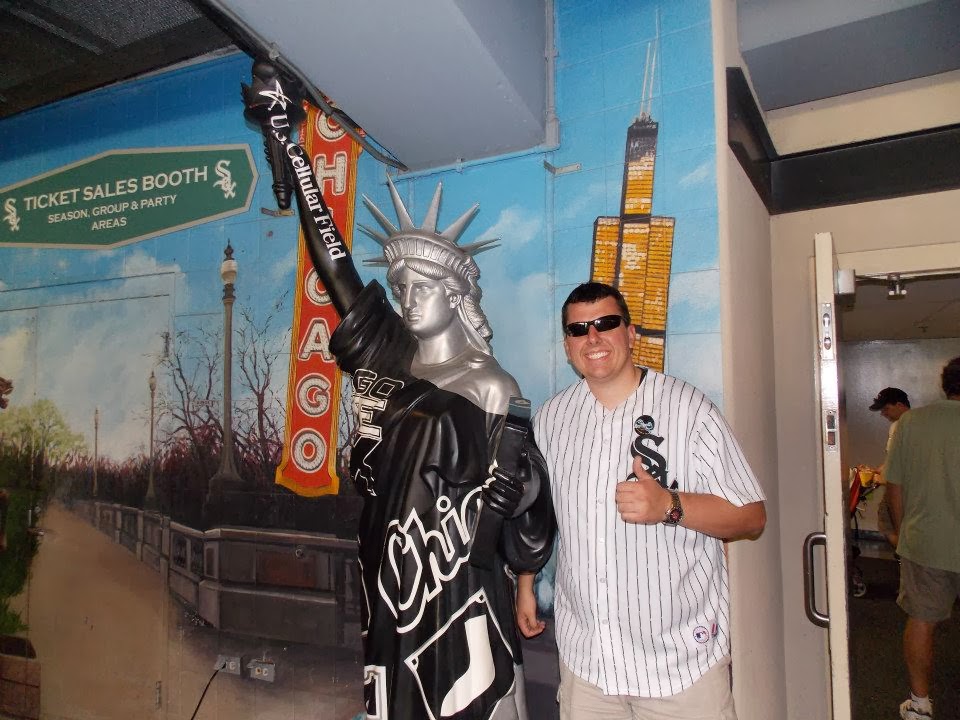 Lady Liberty and Matt Parker in Chicago, IL-September 2012.
Posted by Johngy at 6:00 AM