This is a regular series which attempts to merge my lifelong passion for baseball cards with my semi-professional interest in celebrities.

Clay Aiken is a native of North Carolina.  Like a lot of musicians, the singer has worn a lot of jerseys during his concerts.  In Dallas, he wore the Stars jersey.  I like the look of his Celebrity Jersey Card, but I would have liked to have seen him go old school with a North Stars jersey. 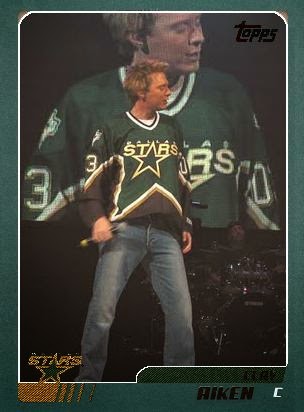 After 6 seasons with the Toronto Blue Jays, Chris Carpenter joined the St. Louis  Cardinals for the final 9 seasons of his career.  In 2011, he went 11-9, but 4-0 in the playoffs as the Cardinals won the World Series.  That pretty much cemented him as a hero in St. Louis.  He is wearing a Blues practice jersey on his Celebrity Jersey Card, which might bend my rules a bit, but the gloves, stick and skates more than make up for that. 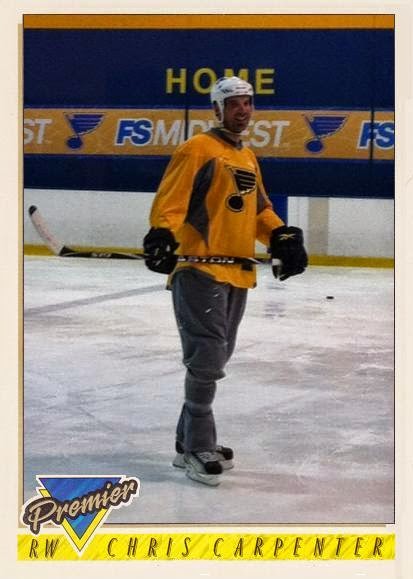