This is a regular series which attempts to combine my lifelong passion for baseball cards with my semi-professional interest in celebrities.  I will end "Mascot Week" by featuring two cards that have mascots prominently featured on them.

Billie Jean (Moffitt) King is a tennis legend.  Her and her brother Randy (a former major league baseball pitcher) were the first pro sports siblings I remember.  King was the bigger star, rising to Hall of Fame status, but Randy had an excellent career, too.  It is only fitting that King's Celebrity Jersey Card features her in a Phillies uniform with the Phillie Phanatic.  His origin dates back to 1977, when he was created as one of the first mascots following the San Diego Chicken.  King's connection to Philadelphia dates back to at least 1974, when she was one of the original members of the Philadelphia Freedoms tennis team (Yes, Elton John wrote the song "Philadelphia Freedom" for his friend BJK). 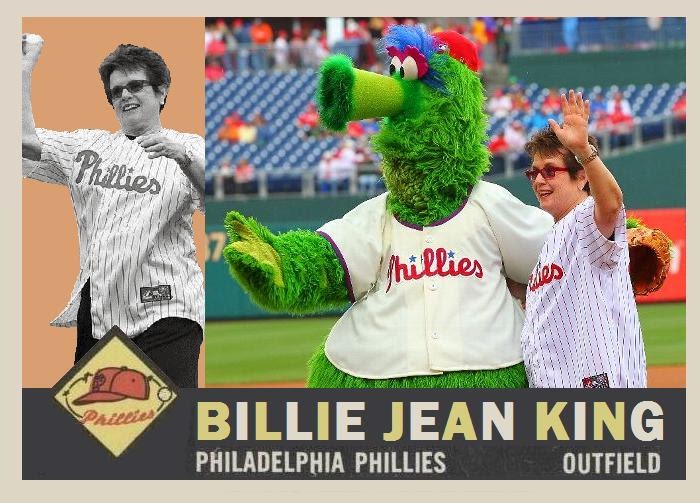 Canadian native Carly Rae Jepsen has no known ties to Baltimore, but who cares.  She looks very cute in her #8 Cal Ripken jersey.  Born in 1979, the Oriole Bird is actually about 6 years older than Jepsen, but younger than the Phillie Phanatic.  I love the look of the black and orange on this Celebrity Jersey Card.  Of course, having the lovely Jepsen pictured certainly helps.  If she likes this, I am hoping she will "call me, maybe." 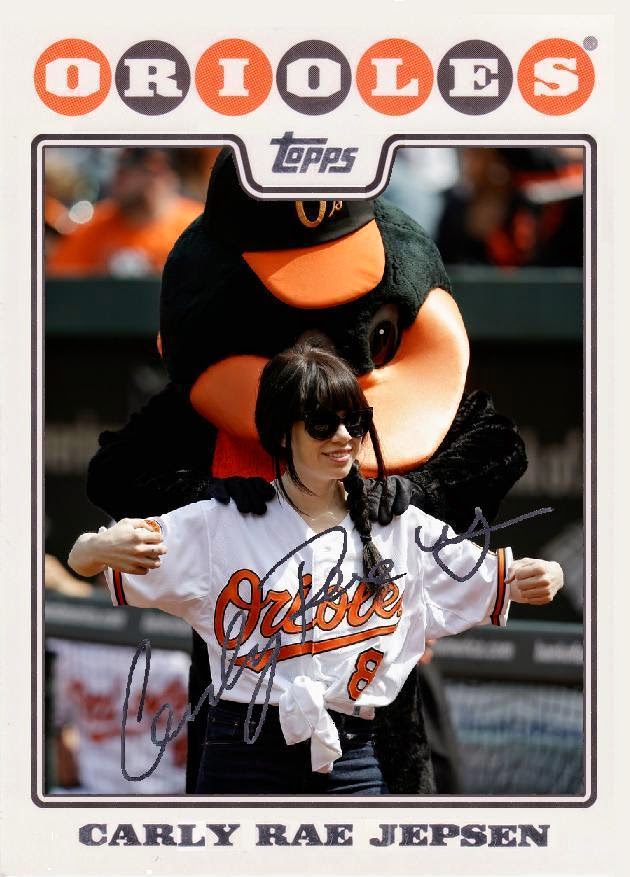 Billie Jean King made a great outfielder for the Phillies....

BUT, Evil Zebra was an Awesome Phillies Pitcher!