Worlds colliding.  Time periods converging.  That is what is happening in this Friendly Encounters.
At the Northwest Side Irish Parade, I was riding in the Resistance Pro trolley, when I thought I saw an old friend on the parade route.  Darryl Corter is not easy to miss, even though I had seen him only once (accidentally at a Chicago Wolves game) in the last 10+ years.  He looked about the same, except for the two youngins accompanying him.
The two little ones turned out to be two of his kids, Pierce and Scarlett.  Apparently Darryl had been busy over the last decade or so.  He also has a wife and an older child, who were not with him this day.
I knew Darryl from my time at Lerner Newspapers.  Darryl was a dispatch driver, but probably more known for hitting 3 home runs on three pitches in one game for our beleaguered softball team.
Anyway, when I saw Darryl, I went outside and talked for a bit.  The kids wanted to meet a wrestler and I just happened to know one was on the trolley.  Eric St. Vaughn...come on down!
ESV was very happy to come and meet the two young fans.  Despite his bad guy in-ring persona, ESV is always ready to promote R Pro and meet youngsters.  (There has to be a turn to the good side in his future somewhere.)
The past met the present on this chilly day.  Darryl and ESV are two great guys.  I am glad they got to meet, too.  Now, I just need to get Darryl out to see ESV in action! 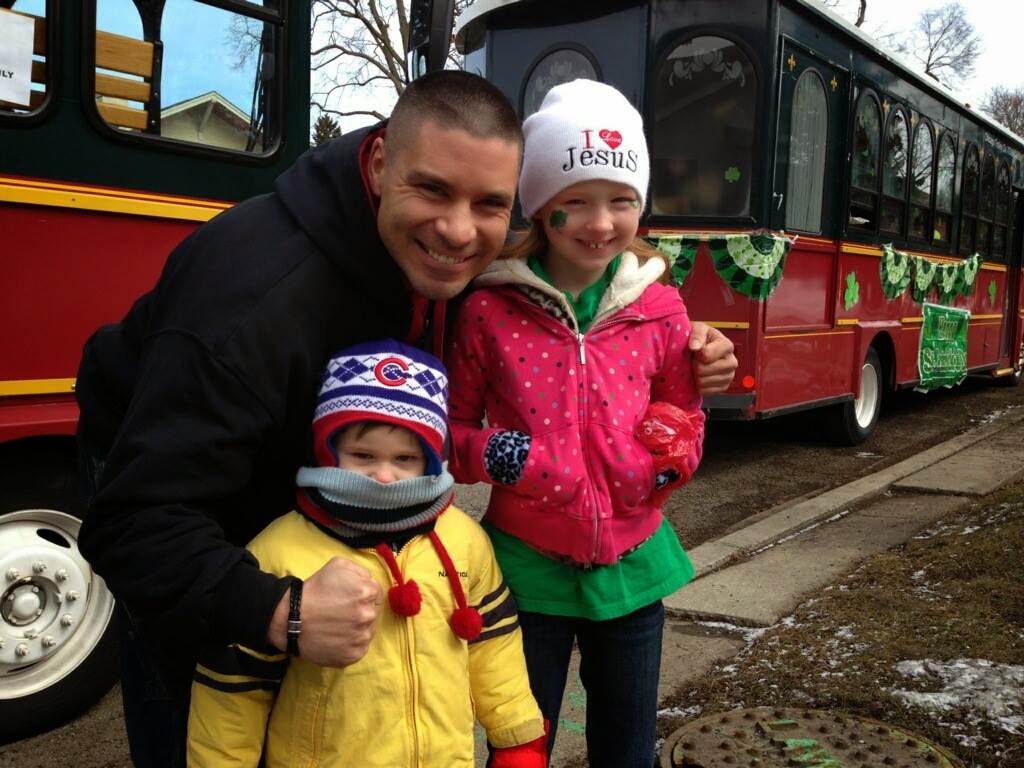 Eric St. Vaughn, Pierce Corter and Scarlett Corter in Chicago, IL-March 2014.
Posted by Johngy at 6:00 AM

Great story!! I'm sure those kids will never forget how they met a wrestler!!