This is a weekly series which attempts to combine my lifelong passion for baseball cards with my semi-professional interest in celebrities.  Just a reminder, there is baseball being played and today I salute the team with the best record in each league.

Born in Los Angeles, actor Jonah Hill reversed the trend of people adopting the Dodgers.  It seems every celebrity is a Dodgers fan.  Kudos for Hill for wearing an Oakland Athletics jersey for his Celebrity Jersey Card debut. 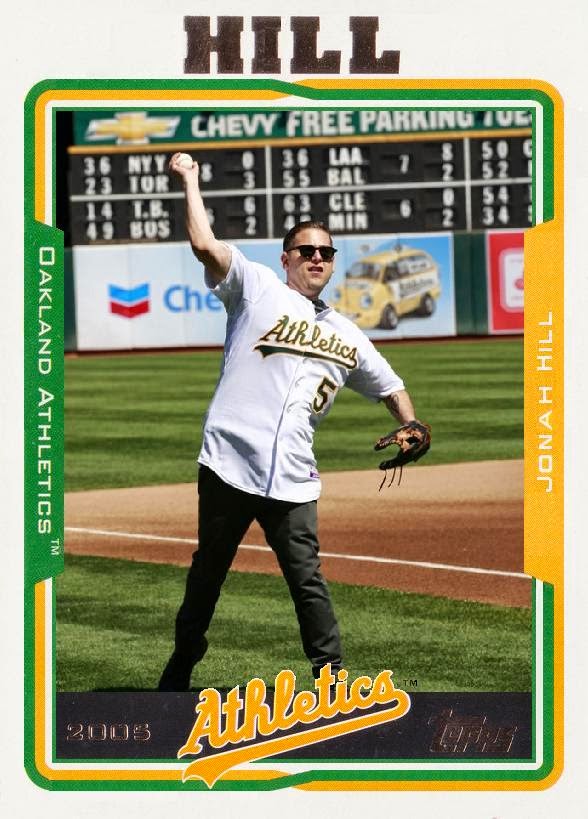 Another Los Angeles area native wearing another California teams' wear is James Hetfield, co-founder of Metallica.  While it seems the Giants would be more appropriate for the members of the Grateful Dead (who have previously appeared on Celebrity Jersey Cards), Hetfield endeared himself to the Giants fans by hanging out with Lu Seal, the team's mascot.  I am always happy to feature a mascot on Celebrity Jersey Cards (stay tuned for Mascot Week on JohngysBeat.com). 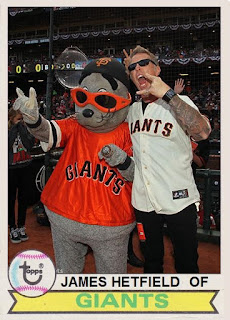