This is a regular series which attempts to merge my lifelong passion for baseball cards with my semi-professional interest in celebrities.  What says summer better than pretty women and the Los Angeles Dodgers?

New Jersey native Melissa Rauch rose to stardom on The Big Bang Theory, which is set in California.  She successfully joined the show in the third season and she will never be called the "Cousin Oliver" of TBBT.  She gets extra points for wearing the Dodgers cap for her Celebrity Jersey Card. 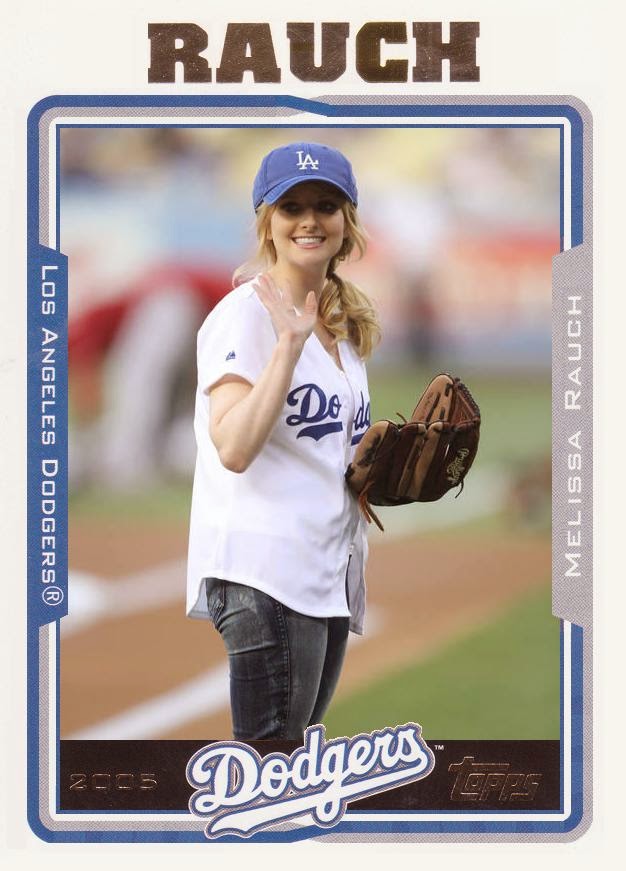 A native of Texas, actress Sarah Shahi was a cheerleader for the Dallas Cowboys.  With that Texas connection, I would have thought we'd see her repping the Rangers for her Celebrity Jersey Card.  Instead, Shahi went Hollywood.  I'm not complaining.  She looks good in any jersey. 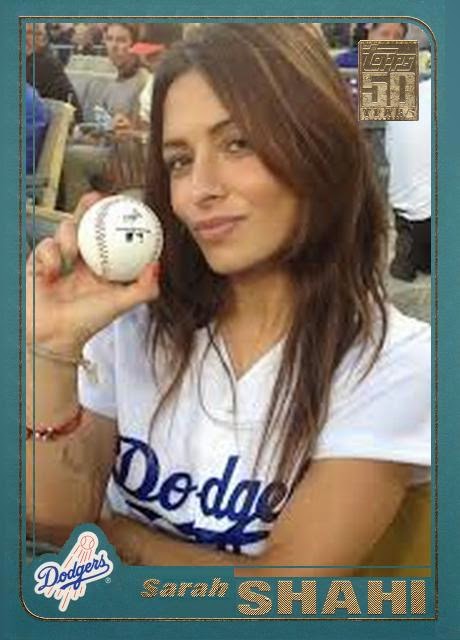