This is a regular series which tries to combine my lifelong passion for baseball cards with my semi-professional interest in celebrities.  Since it is easy to hate the Los Angeles Dodgers and the New York Yankees, I am giving two reasons to like both teams.

Born in Cuba, raised in New Jersey, model-actress Vida Guerra recently cracked the top ten list of celebrity female searches on the internet.  I have no problem jumping on her bandwagon.  Ideally, we would ride together on that bandwagon (hey, I can dream).  Guerra gets extra points (although she doesn't need them) for also sporting the Dodgers cap on her Celebrity Jersey Card.  The shades tucked into her jersey also are a nice touch. 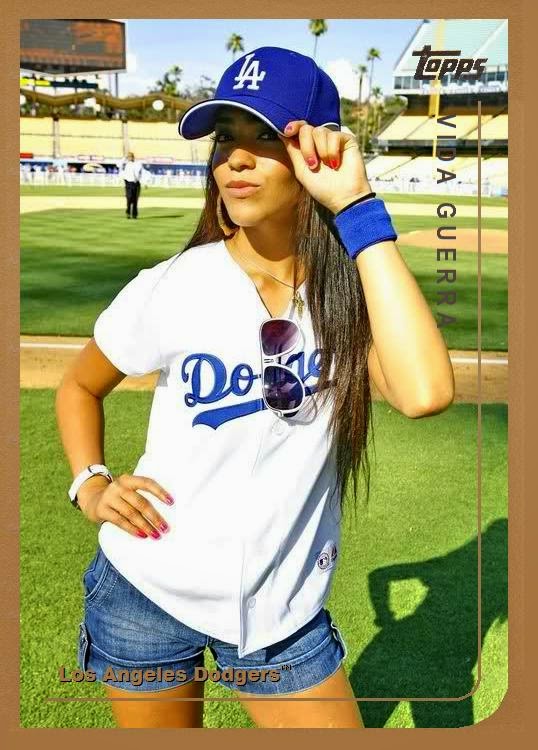 Jamie Lynn Szantyr is better known by her in-ring name of Velvet Sky.  She was born in Connecticut and stays true to her roots by wearing a Yankees jersey for this appearance on a Celebrity Jersey Card.  Velvet has appeared here before (and hopefully she will appear here again)  Hideki Matsui's jersey never looked better. 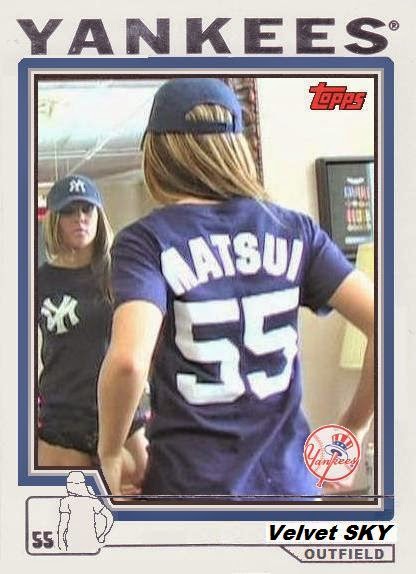