It has been a while since I wrote about Teens2Teens, a wonderful organization dedicated to helping struggling teens. Teens 2 Teens is all about forging friendships and guiding teenagers through the rough patches they face.
I first heard of Teens 2 Teens through John Schenk, who was in his teens at the time, but had already started making a difference in the lives of other teens.  I have had the pleasure of watching it grow from an idea to a full-fledged reality and beyond.
John's journey to this point actually began in the fifth grade.  His sister had a kidney transplant and John, wanting to do his part to raise money, started an online business selling sports memorabilia.  John learned a lot about business and met a lot of great athletes and contacts.  Unfortunately, this did not help John when he was lost in despair upon entering high school.
John's story could have taken a tragic turn right there.  Through the grace of God, with intense therapy and the interaction in a youth group, John emerged a strong person with a mission.  In his words, he wants to give others in need the opportunity "to take part in a community of faith and encouragement."
This story impacted me greatly.  John had made a friend and supporter for life.  Like a lot of others, I struggled as a teen.  I wish T2T had been an option for me.  More important, I am glad it is an option for teens today.  I have been more than happy to help spread the word on this great organization.
Recently, John contacted me and gave me an update.  Things are going very well with Teens to Teens.  T2T is growing and that means more teens are being reached.
John told me about a new T2T project.  In his words, "We've recently started a video series, which will aim at offering hope and inspiration to teens who are suffering. Mike Matheny was kind enough to be the keynote speaker at our gala (Winter Gala at Ambruster Great Hall) this past January, so during the evening we sat down and put together a brief interview with him."
Currently the manager of the St. Louis Cardinals, Matheny retired after 13 seasons as a major league catcher.  His playing career was cut short due to a concussion.  I always liked and respected Matheny and now even more so!
Matheny's interview can be found at Teens2Teens.org, specifically at Mike Matheny's Testimonial.  While you are there, check out all of the other great work that Teens 2 Teens is doing.  I am no longer a teen in need, but there are plenty of interesting things, inspirational bits, lessons to be learned and more at Teens2Teens.  They are making a difference. 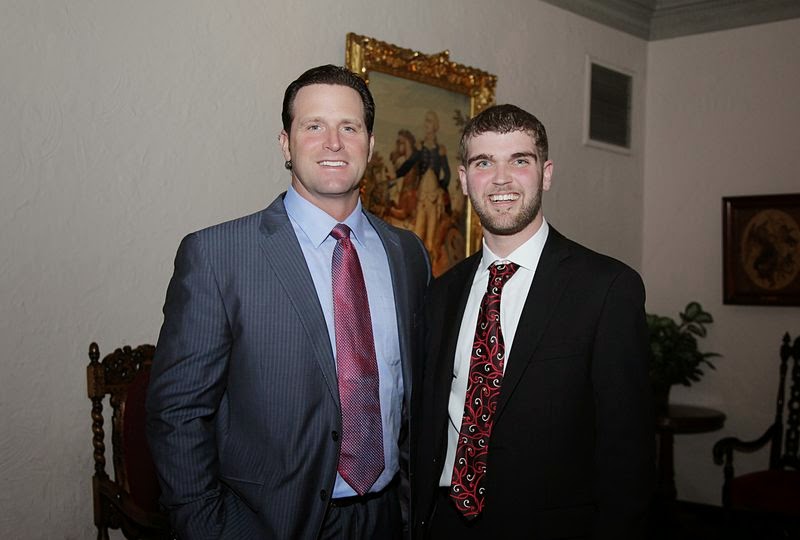