This is juts a really cool, old school Friendly Encounters.  It is somewhere around 30 years old, but the star is one of the biggest I have ever featured here.
I met Mike Cichowicz many years ago at AU Sports and Memorabilia   Back then, I had no idea the jersey-wearing sports nut was an excellent musician.  In fact, Mike had played with many of the greatest all over the music scene.
When I was growing up, Rod Stewart was pretty darn cool.  I am sure Mike had a lot of fun hanging with Rod and his buds.  At least in thee picture below, it looks like they are having fun.  I am pretty sure laying on a beach with Rod and his band would be guaranteed fun.
Mike has also put together a book series on Vincent Cichowicz (his father) with Mark Dulin.  The series covers the elder Cichowicz's trumpet teaching materials.  You can get more info on Vincent Cichowicz at Balquhidder Music. 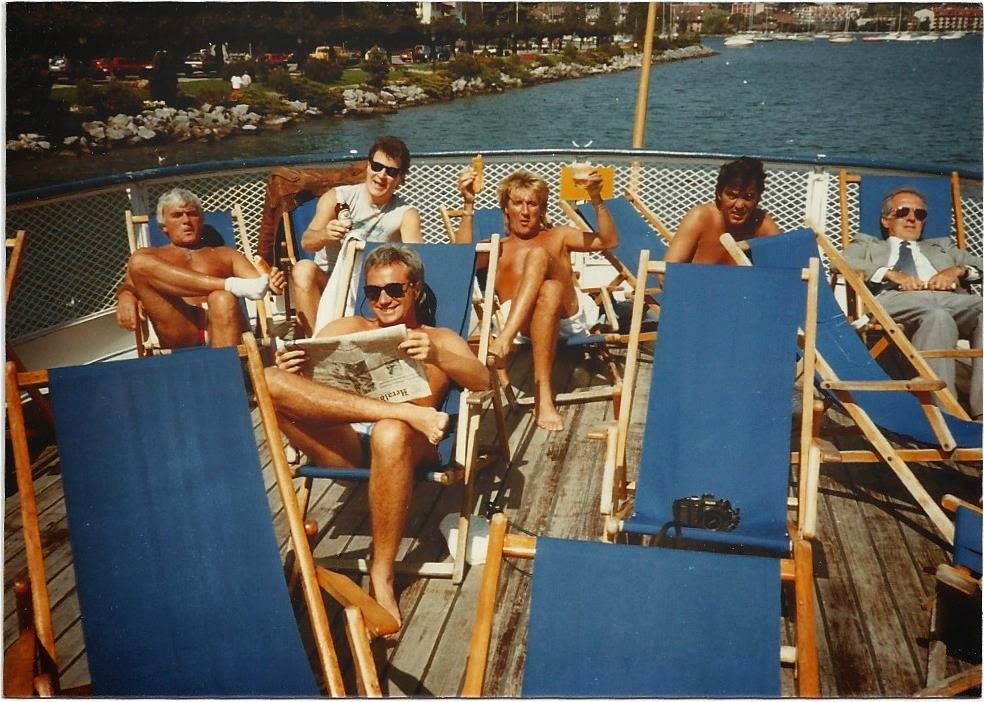 Michael Cichowicz, Rod Stewart and the band in Switzerland-Around 1986.
Posted by Johngy at 6:00 AM

That is awesome! Rod Stewart still does a great performance in Vegas!!

That is awesome! Rod Stewart still does a great performance in Vegas!!