This is a weekly series about friends meeting celebrities.

I still freak out seeing how big Noah Sanchez is.  Noah's grandmother is my first cousin.  Our families sort of drifted apart for some years, but fortunately, we are making efforts to reconnect.
What better way to reconnect and spend some quality time together than at a Resistance Pro Wrestling event?  How about an R Pro event with some members of the Chicago Bliss, the 2013 Legends Football League champions?
I am happy to say that I have made an R Pro fan out of Noah.  Okay, maybe "The Ego" Robert Anthony has had more to do with that, but I still connected the two.  I have to take some credit.
Noah is really a big fan of Ego.  It all started about a year ago when Noah interviewed Ego at Wizard World.  When Ego was overdue for another interview, I called in the big guns and got Noah to conduct it in the lockerroom at St. Francis de Sales high school after an R Pro event.
In my never ending quest to expose Noah to all of the fun things in life, I introduced him to Bridget McDonnell of the Chicago Bliss at a recent R Pro show.  Only time will tell if Noah becomes a legit fan of the Bliss, but meeting "the Voice of the Rookies" had to be a step in the right direction.
I always have fun with Noah and I do my best to make sure he has a good time, too.  Of course, at an R Pro show with the Chicago Bliss on hand, a good time is virtually guaranteed. 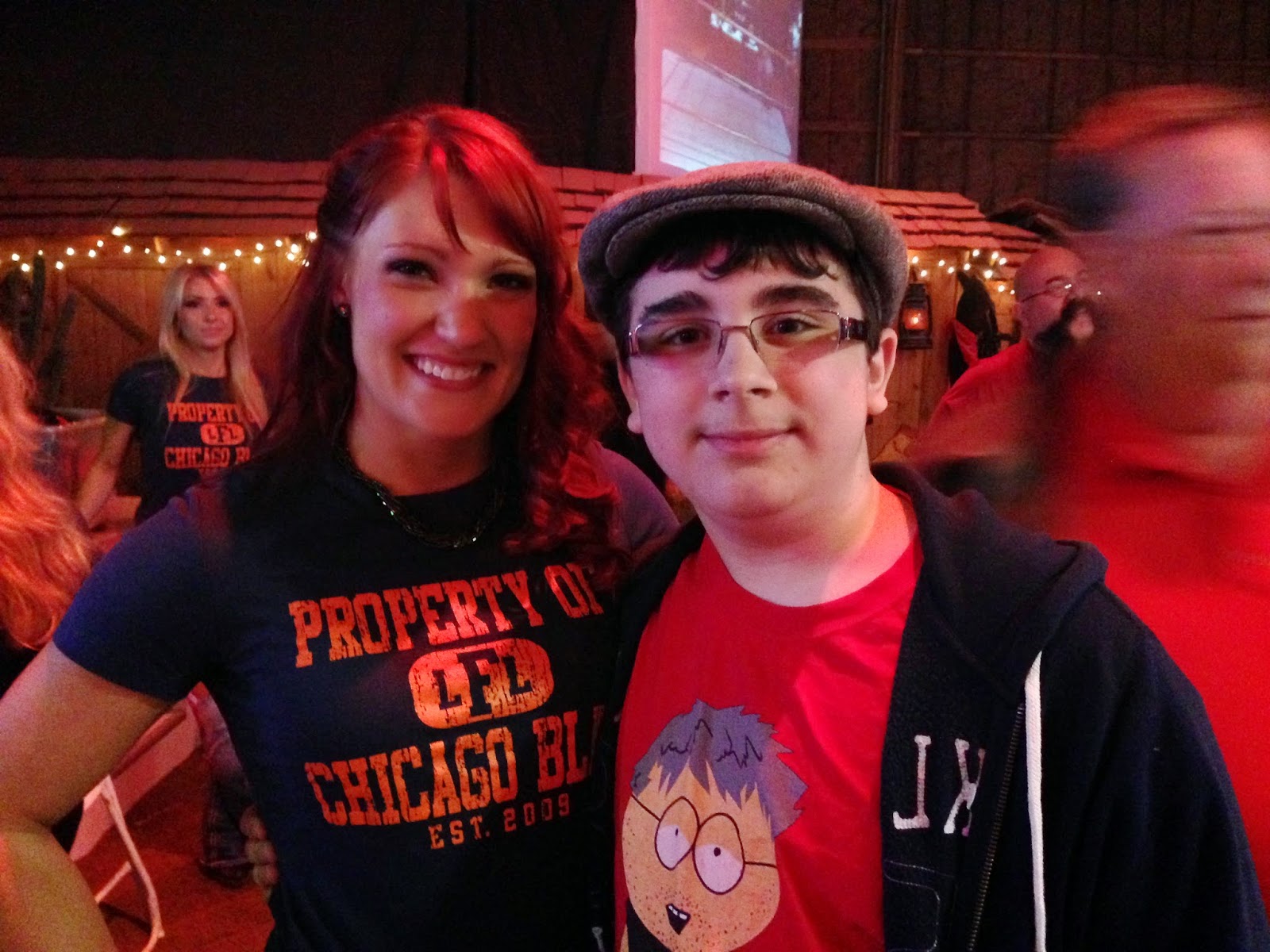 Bridget McDonnell and Noah Sanchez in Willowbrook, IL-April 2014.
Posted by Johngy at 6:00 AM