This is a recurring series where I create cards that were not produced, but should have been (at least in my mind).  I borrowed the concept from many other bloggers.

The Chicago Bears will face the New York Jets on Monday.  Today is a good time to show cards I created for former Jets quarterback Al Woodall, who played from 1969-1974.  Of course, Woodall was not the starter, because of a guy named Joe Namath.  Because of Namath's injuries, Woodall played in 31 games during his career.
Woodall received cards from Topps in 1974, 1975 and 1976.  The 1976 card was a questionable choice, as Woodall last played in 1974 (although they resued the picture from his 1974 card).
Namath had issues with Topps using his likeness and therefore did not have a Topps card after 1973.  In 1975, Namath started 13 games and J.J. Jones started one game for the Jets.  Jones was given a card in the 1976 set and so was Woodall.  Namath's stance created a problem and Topps did the best they could.  Maybe in the pre-internet easy info age, nobody really knew that Woodall was retired.  I can't imagine Topps doing this now.
Anyway, today is about giving Woodall his rightful cards from 1972 and 1973.  I did relax the logo rules from back then.  Logos were not shown and were airbrushed out.  I guess this violates the spirit of the cards for those years, but I like them better this way.  My creations come from my rules. 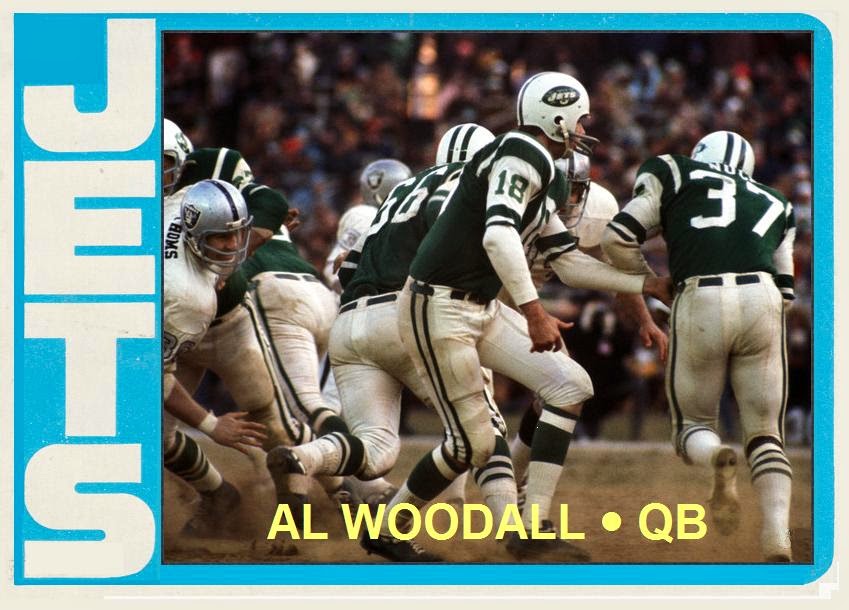 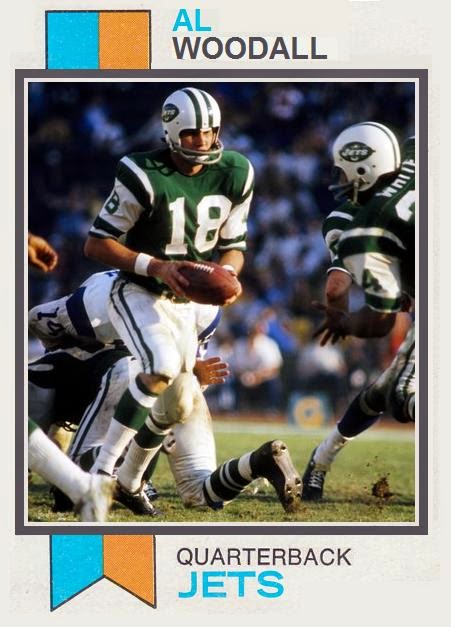