This is a regular feature which attempts to combine my lifelong passion for baseball cards with my semi-professional interest in celebrities.  Today, I am saluting the teams from this year's World Series.


Vincent Furnier was born in Detroit, but moved away and morphed into Alice Cooper, legendary musician.  He is proud of his Motown roots, but is wearing a Kansas City Royals jersey for his second Celebrity Jersey Card.  He was pictured in a Philadelphia Flyers jersey on his first CJC.  Maybe I need to search harder for him in a Tigers jersey, but I do love the time continuum warp of a Royals card pre-Royals franchise debut. 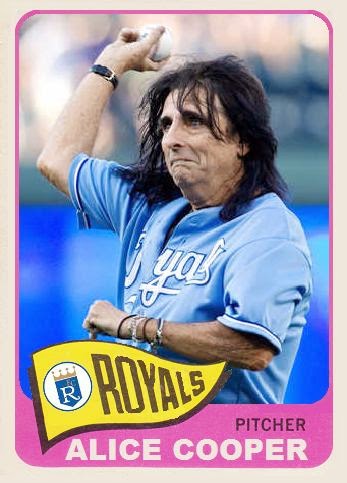 Austin Russell grew up in Las Vegas and befriended Corey Harrison early on.  The Harrison family owns Gold and Silver Pawn Shop and became "Pawn Stars," thanks to their tv show.  I am not sure of Chumlee's connection to teh San Francisco Giants, but I love this Celebrity Jersey Card.  How cool is it to have Chumlee, holding his bobblehead, which is also holding a bobblehead?  It is almost like the Droste Effect. 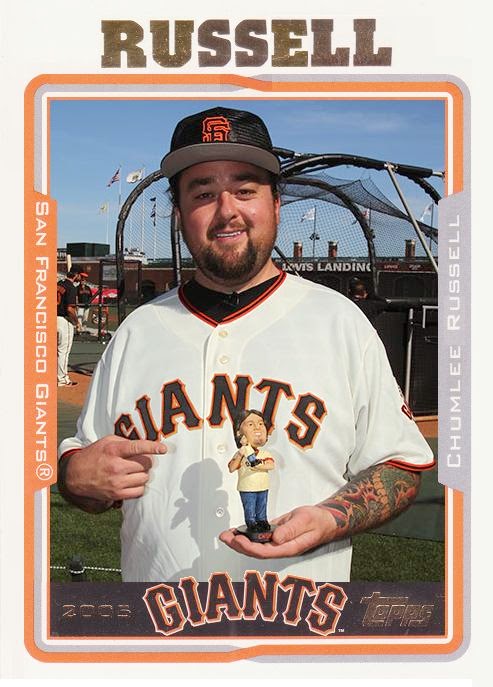