Michael Bradley is the pride of New Orleans.  He is Mr. Year Round Tan.  He is the Crescent City Saint.  He is Malcolm West.  He's also a good dude and a friend.
I met Michael through Resistance Pro (a recurring theme in my life of late), but I probably saw him at comic cons before our RPro connection.  He is a comic con fan and a wrestling fan.
At C2E2 those paths crossed when he met Hulk Hogan .  Like him or not, Hulk is one of the most famous wrestlers of all time.  It doesn't get much bigger than the Hulkster.  I know the feeling Michael had, because Matt and I also met Hulk at C2E2.
Meeting wrestling royalty (or any genre's top people) is always unreal.  You don't have to be a huge fan to appreciate the significance, although being a fan puts it into a whole other level.
I know Michael will always appreciate that moment.  Stuff like this never gets old. 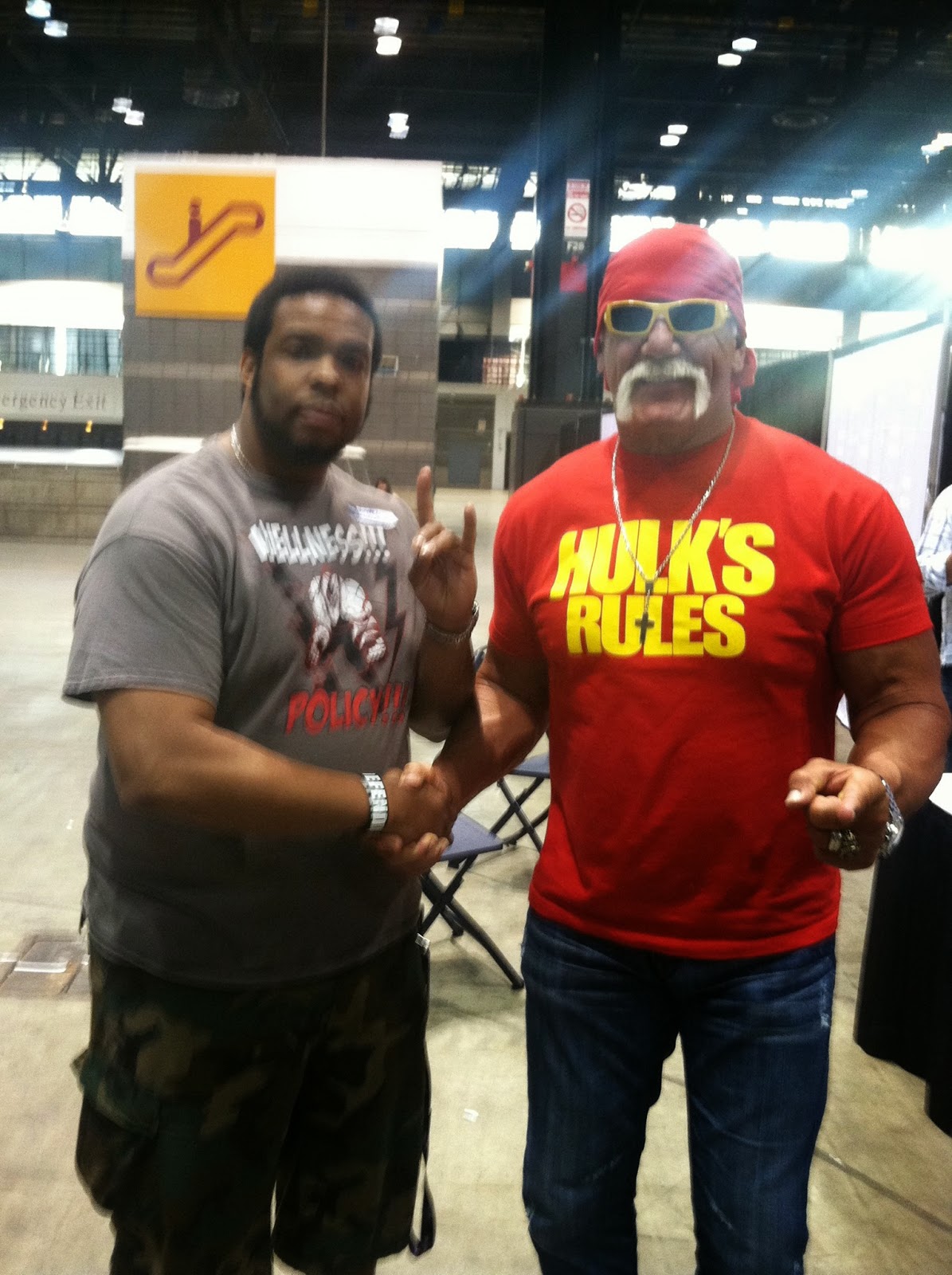 Michael Bradley and Hulk Hogan in Chicago, IL-April 2014.
Posted by Johngy at 6:00 AM