Bear Down Sunday/Cards That Never Were: Bob Lee

The best thing I can write about this season is that it is coming to an end today.  The Chicago Bears are 5-10 in last and facing the Minnesota Vikings who are 6-9 in third.
Instead of focusing on the absurdity that was this season, I will reflect on happier, simpler times, when the new football cards came out every year.  I loved that day.  I would grab a bunch of packs and hope to see Chicago Bears and any other of my favorite players.  I always had unreasonable hopes, because in my world, everyone who played should have gotten a card.
As I have previously featured many times, I am borrowing a series concept from fellow bloggers.  "Cards That Never Were" are trading cards created for certain players, who for whatever reason, were missing from various sets.  Today, I am filling in some of the gaps for former quarterback Bob Lee, who played the bulk of his career with the Vikings (and there is the tie-in to today's game).
Lee got his first action with the Vikings in 1969 as a punter.  He would also punt regularly in 1971.  Otherwise, he was pretty much a backup quarterback for his four years with the Vikings.
He moved onto the Atlanta Falcons for 1973 and 1974.  He started the bulk of the games those years.
He rejoined the Vikings in 1975, spending the next four seasons there as a backup to Hall of Famer Fran Tarkenton.  Lee finished his career with the Los Angeles Rams as a backup qb.
Lee had football cards in the Topps sets of 1972, 1974 and 1975.  As usual, I set out to fill in some of the gaps.
I could not find any pictures of Lee from the 1969 season.  Wanting to be accurate, I could not use a newer picture for this card.  Therefore, I could not create one for the 1970 series.
Instead, I started with a 1971 Topps card.  I filled in the gaps with card creations for 1973, 1976, '77 and '78.  I was unable to find any picture of Lee with the Rams.  Therefore, two more gaps remain.
Except for keeping the team logos when Topps had blurred them, I kept as true to the feel of the original sets as I could.  I especially like the 1977 card, which features Tarkenton and Hall of Fame coach Bud Grant.
As a kid, I waited every year to get cards of my favorites.  Backup quarterbacks were always my favorites, but unfortunately were usually left out of sets.  I can't fix all of the omissions, but I did my best for Lee and others will follow. 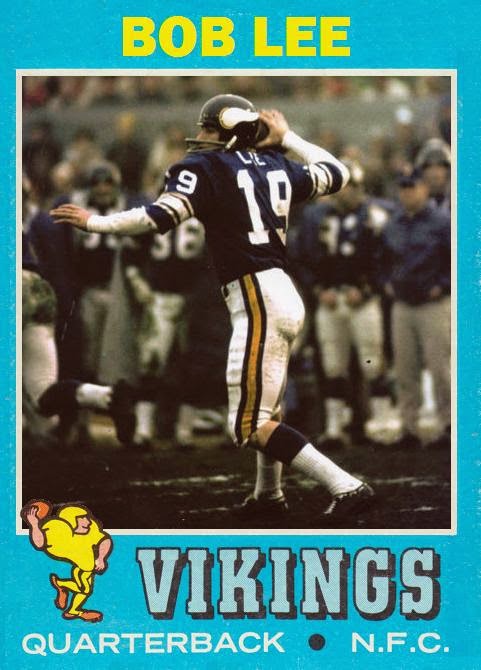 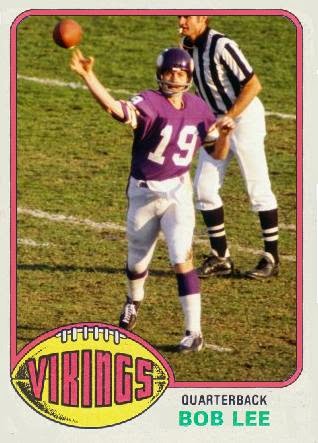 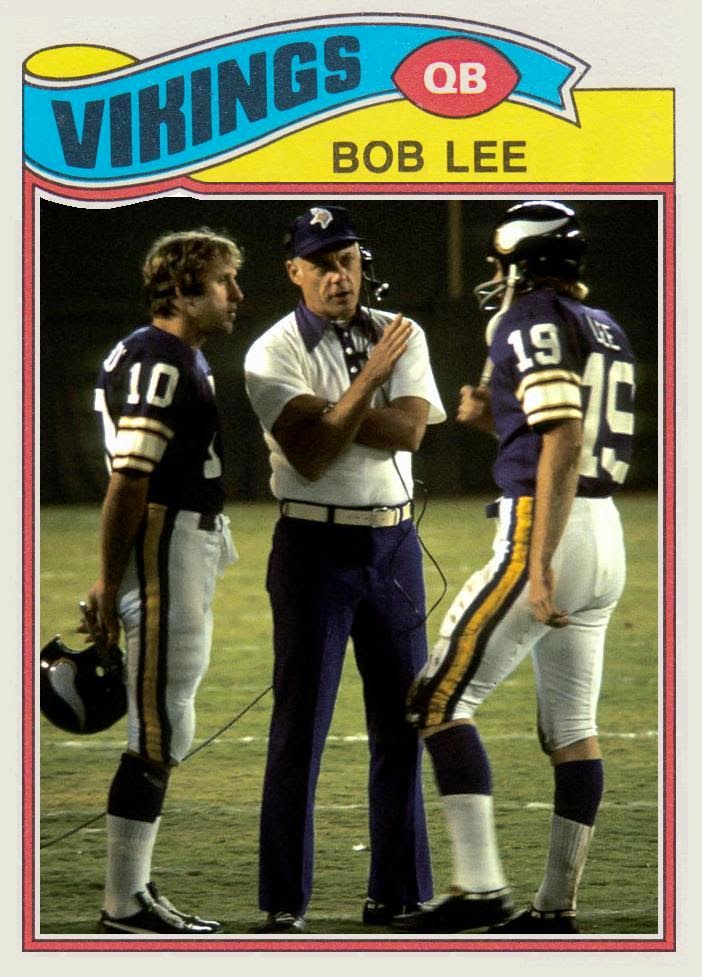 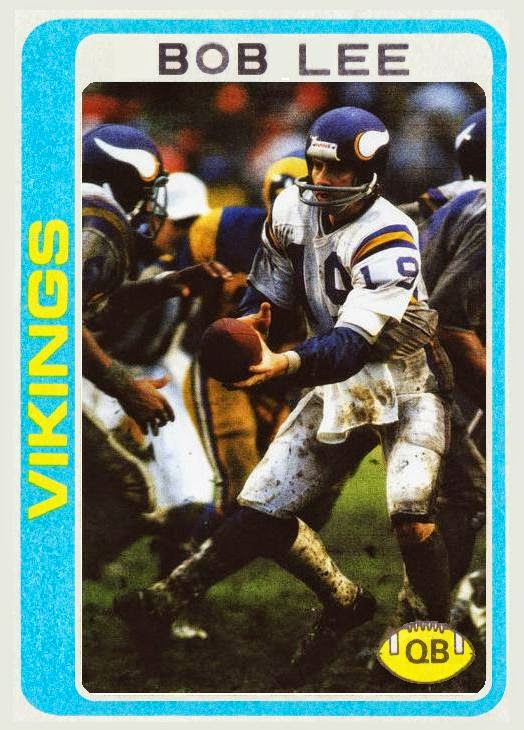