This is a regular feature which attempts to combine my lifelong passion for baseball cards with my semi-professional interest in celebrities.  As the NFL season mercifully comes to an end, I pay homage to the two teams who played against each other in the first Super Bowl I remember.

Nicklas Backstrom was born in Sweden.  After years of playing hockey in Sweden, he joined the NHL's Washington Capitals.  From the looks of his Celebrity Jersey card, he might have tried out for the Washington Redskins.  Oddly, his Redskins jersey does not have his usual #19, although he did go with a Hall of Famer in Deion Sanders. 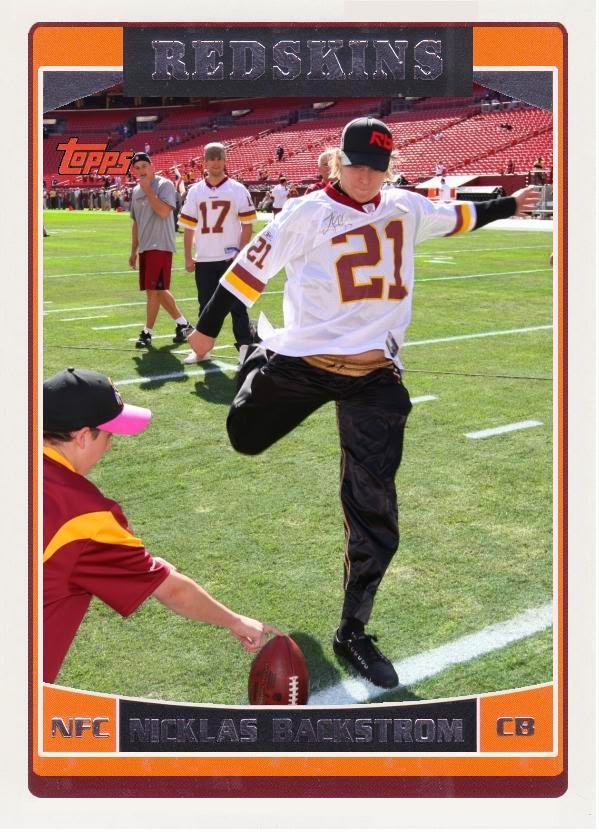 Actor-comedian-tv host Daniel Tosh was born in West Germany, but was raised in Florida.  This might explain the Dolphins jersey.  It doesn't explain the Tim Tebow jersey in the background of his Celebrity Jersey Card.  Tosh was probably having a luagh at the expense of Tebow (join the club).  Speaking of laughs, Tosh's #1 recalls former Dolphins kicker Garo  Yepremian, who threw an ill-advised pass during the Super Bowl against the Redskins, which was intercepted and returned for a touchdown. 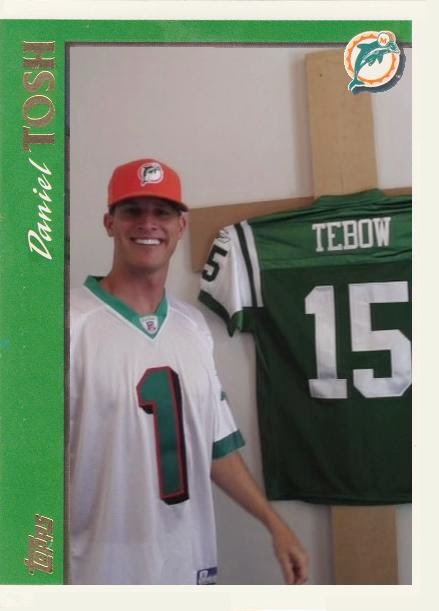