Tributosaurus, Matt Spiegel and the Beatles

I have been a fan of Matt Spiegel for a long time.  I first heard him on WSCR sports radio in Chicago many years ago.  He left the Score and went to Sporting News Radio, but returned to the Score in 2009.
Aside from being one of my favorite radio personalities, I am also a fan of Speigel's other endeavor as singer of Tributosaurus.  Tributo is not just any tribute band.  They are every tribute band, but even that is not quite accurate.  They "become" whatever band they are performing as.
I have seen them a few times, but never with Spiegel performing with them.  That all changed a couple weeks ago, when I saw their last performance in their several year journey to cover every Beatles song.  By becoming The Beatles for "Let It Be," Tributo masterfully completed the Beatles full catalog.
I had the pleasure of meeting Spiegel after the show.  This was also a first an a long time coming.  I also connected with my longtime bud, Michael Cichowicz, who was the leader of their horn section.
You can find my recaps of the night at Tributosaurus and Their Long and Winding Road With The Beatles on the Patch. 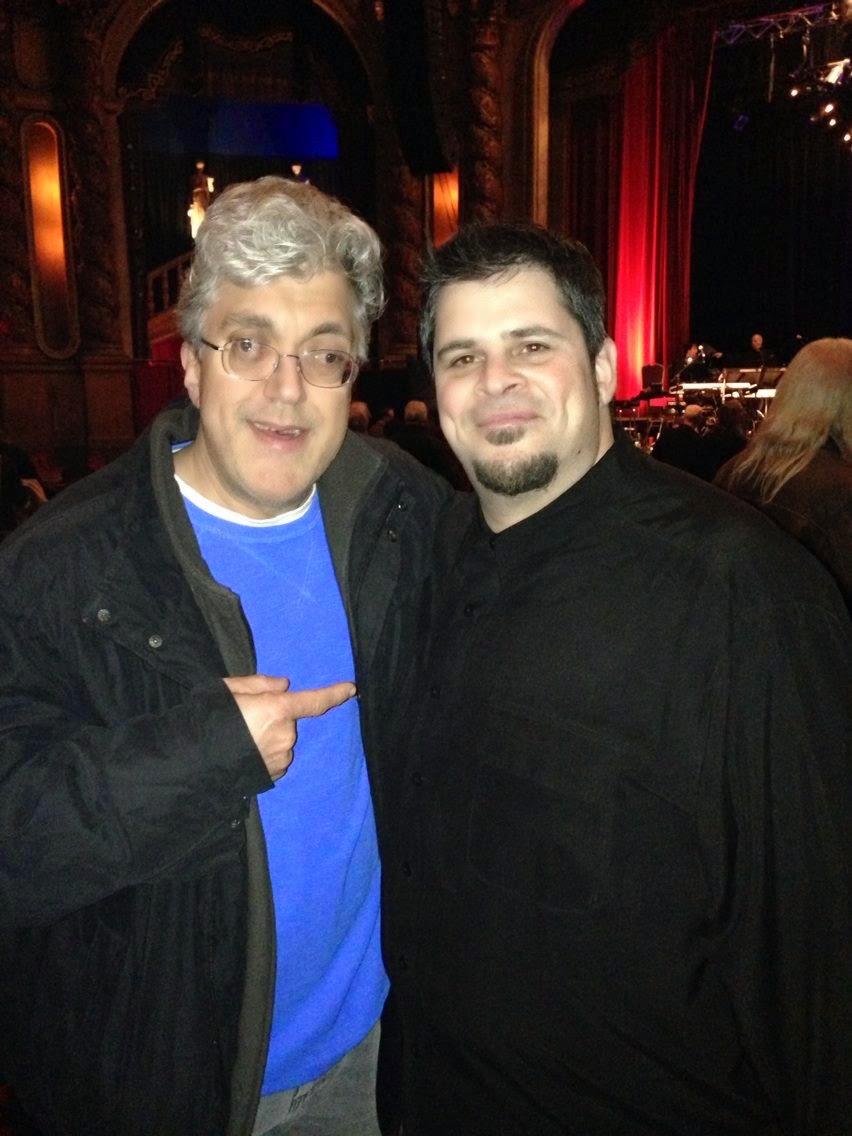 It was a great concert!!