This is a regular series which attempts to combine my lifelong passion for baseball cards with my semi-professional interest in celebrities.  Today I feature two players who probably are done with the Chicago Bears.

Charles Tillman was a 2nd round draft pick in 2003.  Since then, he has been an outstanding player in the defensive backfield.  He played in two Pro Bowls and probably would have played in more if he was not injured for most of the last two seasons.  Those injuries coupled with age will probably prevent his return to the Bears.  Tillman's Celebrity Jersey Card shows him wearing his usual #33.  Just for fun, the best #33 for the Blackhawks would have to be Dirk Graham. 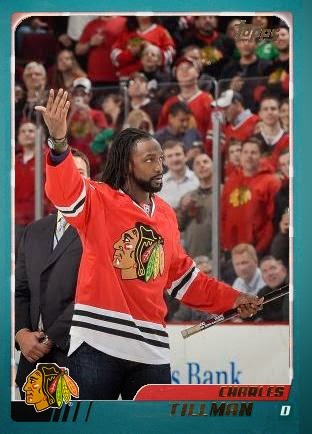 Chris Conte was drafted by the Bears in 2011 and has been a familiar site in the defensive backfield ever since.  Conte is on the receiving end of a lot of criticism by the fans, but I think it isn;t all justified.  He has not exactly been surrounded by a great defense.  I think the new regime will cost Conte his job in Chicago.  For his Celebrity Jersey Card, Conte is sporting his familiar #47.  There have only been four players to wear that number for the Hawks and none played more than two years. 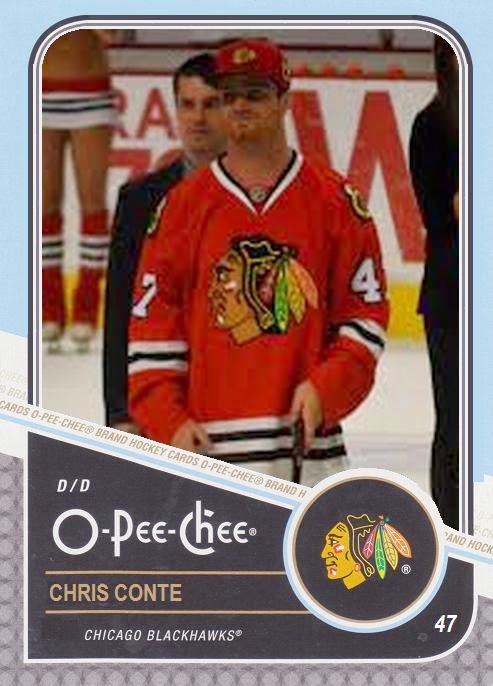