Athletes get trading cards.  Why not celebrities?  At least celebrities wearing athletic jerseys should get cards.  I am doing my best to create cards for jersey-clad celebs.  Today, I feature some cross-sports Los Angeles Dodgers repping.


Lew Alcindor was born in New York and started his career with the Milwaukee Bucks.  He changed his name to Kareem Abdul Jabbar as he was achieving stardom.  He moved onto the Lakers and greatness.  At 7'2", he would have been an interesting pitcher.  I opted for his birth name for his Celebrity Jersey Card, based on the fact that when he started in the NBA, he was still Lew Alcindor. 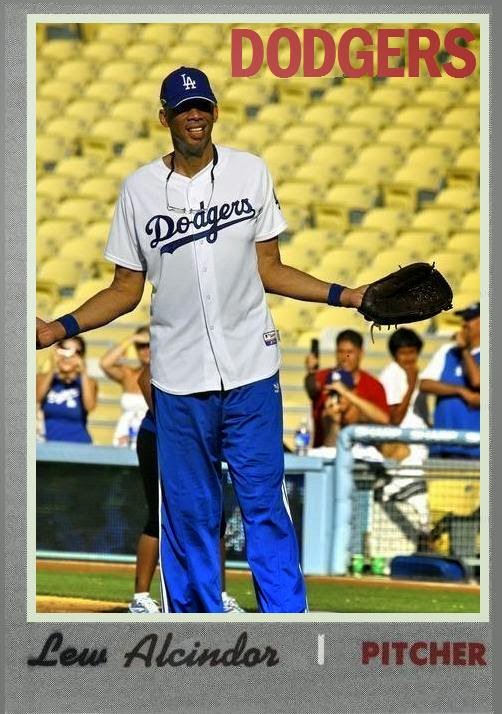 Born in Michigan, Matt Greene played hockey at the University of North Dakota before turning pro.  He played three years with the Edmonton Oilers and joined the Los Angeles Kings for the 2008-09 season, where he has played ever since.  His Celebrity Jersey Card would have listed him as a catcher if there was a positional designation, because the picture is perfect. 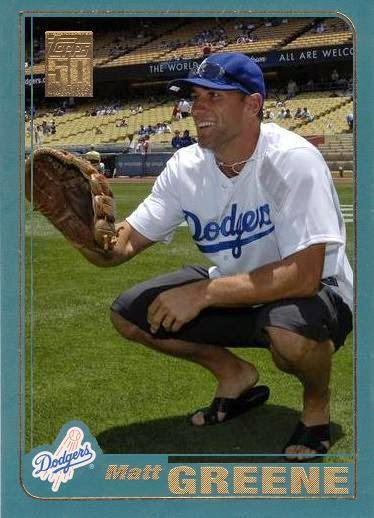