Here's my guy Mad Man Pondo again.  Lately we have run into each other at several celebrity conventions.  It makes me think we probably were at many conventions separately long before we knew each other.
Pondo can usually be seen with the lovely and talented Crazy Mary Dobson.  A mad man and a crazy woman make for a great couple.  Seriously, these two are awesome.
Today, I am featuring Pondo with another beautiful woman.  This time, he is with Rose McGowan, who costarred as Paige in Charmed and as Ann-Margret in the television miniseries Elvis, among many other roles.
This is an alert (or maybe a warning).  Keep a lookout at these celeb conventions.  You will never know who you might see as fans.  Even celebrities are normal people, too.  (Don't tell Pondo I called him a normal person, though). 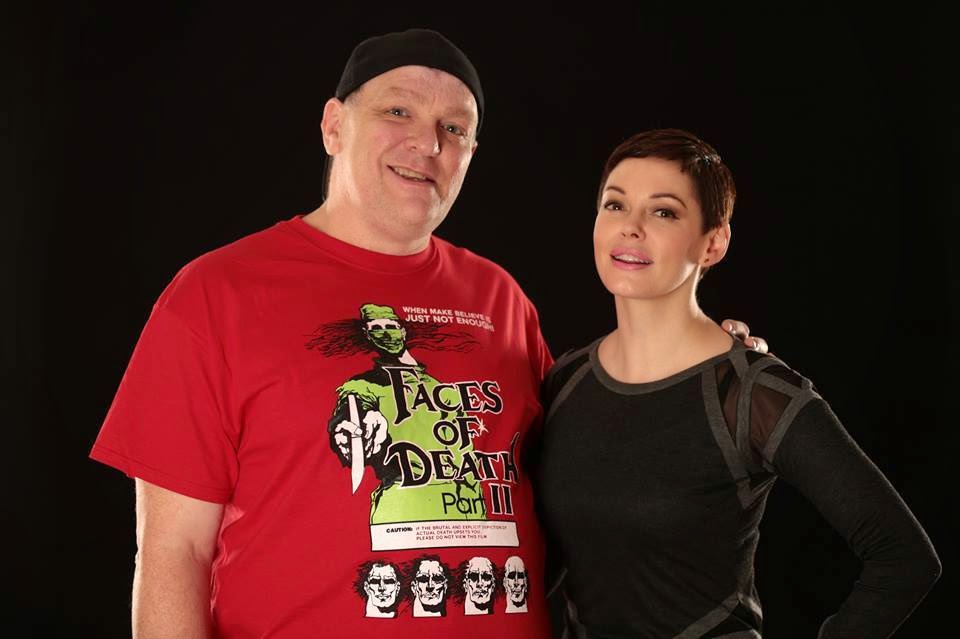