Pennsylvania native Taylor Swift moved to Nashville, Tennessee in her early teens to pursue a career in music.  That move worked out well for her.  Swift has been known to wear hometown jerseys when in concert.  On this Celebrity Jersey Card, she is sporting #13, which was worn the most by punter Bucky Scribner.  I think Swift is making this one her own. 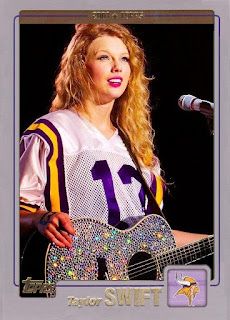 Our favorite jersey girl Velvet Sky is modeling the Vikings #15 on her latest Celebrity Jersey Card.  It was worn the most by quarterback Gary Cuozzo, but like Scribner, he did not make much of an impact in Minnesota.  Velvet rocks the jersey better than Cuozzo ever did. 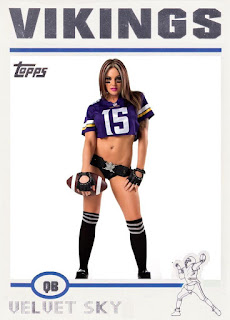