Singer Jason Aldean has released six albums and over twenty singles.  Four of his albums went platinum, one went double platinum and one hit triple platinum.  The Georgia native stayed true to his roots by representing the Atlanta Braves on a Celebrity Jersey Card. 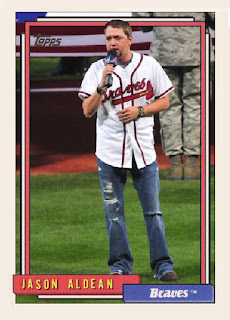 Eli Manning was born in New Orleans, went to college at Mississippi and plays for the New York Giants.  Previously, he has appeared on a Celebrity Jersey Card repping the New York Mets, which makes sense given that he quarterbacks the Giants.  I'm not sure where the Atlanta Braves fit into this equation, but it is hard to argue with the Manning dynasty. 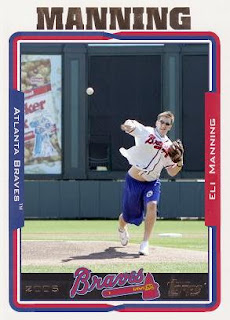 Thanks for your interest, but I only make digital versions for fun. Feel free to print it for yourself though.