Joe Garagiola often jokes that he was not even the best major league catcher on his block, because he grew up with Yogi Berra.  While Berra developed into a Hall of Fame catcher with the New York Yankees, Garagiola had a solid nine year MLB career.  Garagiola later found more fame on the talk show circuit.  iIn 2013, he retired from broadcasting with the Arizona Diamondbacks, but not before earning one of our oldest Celebrity Jersey Cards! 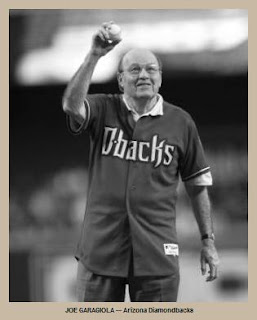 Bobby Hurley was a star point guard at Duke, before being the seventh pick in the NBA draft in 1993.  A car accident derailed his career, but he recovered enough to play ix seasons, mostly with the Sacramento Kings.  He transitioned into coaching and is currently the head coach at Arizona State, which explains his Diamondbacks jersey on his Celebrity Jersey Card. 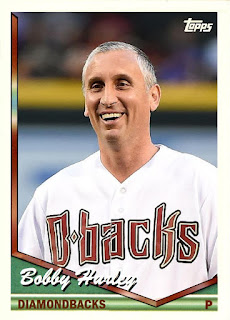