Born in Puerto Rico, Benicio Del Toro rose to fame in Hollywood.  Most notably, he won an Academy Award, BAFTA Award, Golden Globe Award, and Screen Actors Guild Award for his portrayal of Javier Rodríguez in the 2000 film Traffic.  It was his performance in The Fan that earned him his Celebrity Jersey Card though. 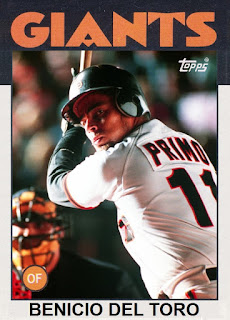 Legendary musician Carlos Santana was born in San Francisco, CA.  He stayed true to his heritage and his hometown when he wore the Gigantes jersey and earned a spot on a Celebrity Jersey Card.  Ordinarily, I'd subtract points for that sort of non-baseball hat, but it works for Santana.  I also resisted the urge to say that he is so smooth. 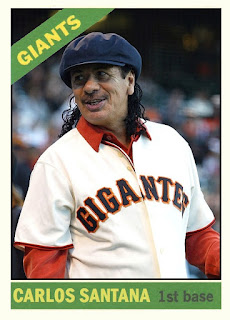