Today, I am cheating just a little bit.  Technically, this should be Family Encounters, but it's my site, my rules and I wanted to feature Sammy Marshall and her parents.
Sammy was a star softball player at Western Illinois University.  After being drafted by the Chicago Bandits in 2015, she had 6 at bats and scored 11 runs and had 6 stolen bases in her rookie season.  The speedy Sammy totally blossomed last season, hitting .244, with 22 runs scored and 8 rbi's in 127 at bats.  She also led the NPF with 16 steals (in 18 attempts).
It was a real joy watching Sammy make the most of her playing time.  She became a leader on and off the field.
It also has been a lot of fun knowing he parents, David and Kathy.  They are regularly at the games, cheering for Sammy and the Bandits.  They are dedicated, excited and entertaining.  It's nice to see the family bonds.
Sammy is a real success story.  She's a local area lady who is doing great things on and off the field and she is destined to do even greater things in life.  At such a young age, she shows a lot of maturity and wisdom, without losing any of her fun nature.  She's a great role model and one of the most popular Bandits.  Sammy and her parents are another example of what makes this experience so wonderful for me.
I thank Sammy for her time always.  I thank Mr. and Mrs. Marshall for their support of the team and for my coverage.  They have done a fantastic job in raising Sammy and they should be proud. 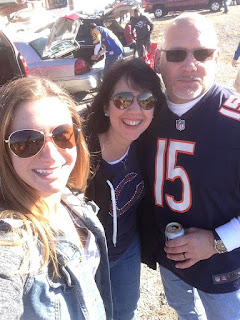