I loved Haley Reinhart from the moment I heard her sing.  Her version of "Creep" blows me away.  It doesn't hurt that she is a Chicago-area gal and cute as could be.  I had the pleasure of seeing her perform last year and she was awesome.  Her Celebrity Jersey Card naturally shows her belting out the National Anthem. 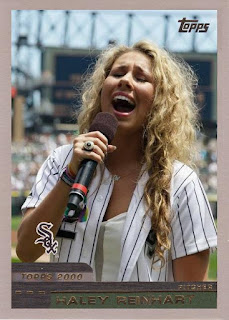 New Jersey-born Tom Constanten met Phil Lesh of the Grateful Dead in the early 1960's and joined Lesh in that band in late 1968 as their permanent keyboardist.  Although he left the band in January of 1970, he continued playing with various other acts, including Jefferson Starship.  He is sporting #16 on his Celebrity Jersey Card.  Is that for GM Kenny Williams?  My choice would be former catcher Brian Downing. 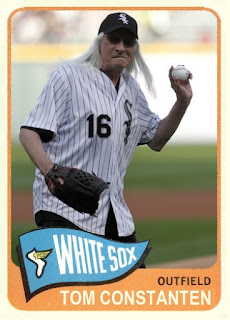