Actor Gary Cooper was born in Helena, MT, but rose to fame in Hollywood.  Cooper's career spanned nearly 40 years, until his death in 1961.  His portrayal of Lou Gehrig in Pride of the Yankees landed him on a Celebrity Jersey Card. 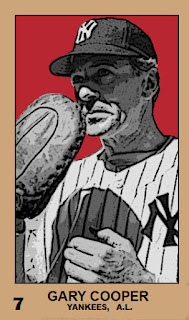 Born in Burlington, IA, actor William Frawley is perhaps best known for his role as Fred Mertz on tv's I Love Lucy.  Frawley was such a huge fan of the New York Yankees that he had it written into his contract that he did not have to work if the Yankees were in the World Series.  Long-time Yankees backup catcher and manager Ralph Houk joined Frawley on his Celebrity Jersey Card. 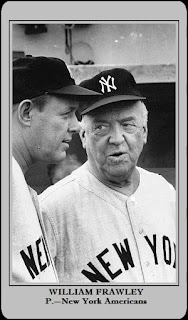 Pride of the Yankees is one of my favorite sports movies of all-time. It's the movie that made me truly admire Gehrig.