This is a weekly series in which I create virtual trading cards for jersey-clad celebrities.  With baseball season upon us, I will work my way alphabetically through the Major League teams.

Actor Tony Longo has many credits in film and on television series.  He played catcher Triscuitt Messmer in Angels in the Outfield, which earned him a Celebrity Jersey Card.  Unfortunately, Longo passed away in 2015, after a lengthy battle with congestive heart failure and kidney issues. 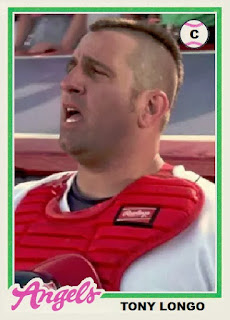 Stonewall "Stoney" Jackson also got a Celebrity Jersey Card for his role in Angels in the Outfield, as outfielder Ray Mitchell.  Among his many roles, Jackson appeared on The White Shadow and Everybody Hates Chris.  He also appeared in Michael Jackson's "Beat It" video.  He currently is concentrating mostly on producing. 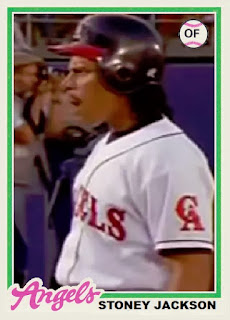