This is a regular series in which I create virtual trading cards for celebrities wearing jerseys. Today we continue working our way alphabetically through the Major League Baseball teams.

Born in Kansas City, MO, Don Cheadle rose to fame on the big screen. Nominated for an Academy award for his role in Hotel Rwanda, Cheadle's career spans 35 years. Cheadle is very active supporting various causes such as Africa and trans teens. For his Clebrity Jersey Card, Cheadle is wearing #1, which was retired by the Reds in honor of Manager Fred Hutchinson. 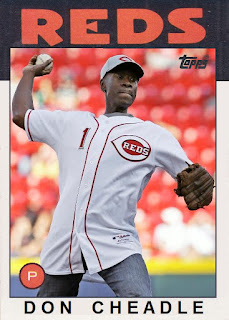 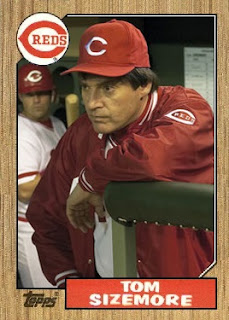