Chicago native Kevin Hickey signed with the Chicago White Sox after an open tryout. Hickey was already a star on the amateur softball diamond. He made it to the majors in 1981 and pitched for three seasons with the Sox. He bounced around a few organizations, but made it back to the majors with the Baltimore Orioles in 1989, pitching for three more seasons. His Celebrity Jersey Card comes from his role as "Schoup" in Major League II. Sadly, Hickey passed away in 2012. 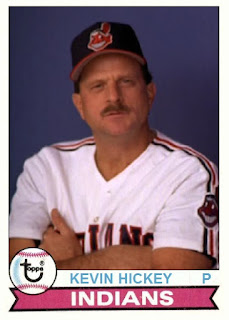 The Cleveland Cavaliers selected Akron native LeBron James with the first pick in the 2003 NBA Draft. A three-time NBA champ, James has had two stints with the Cavs sandwiched around a few years with the Miami Heat. He currently plays for the Los Angeles Lakers. I believe his Celebrity Jersey Card comes from an appearance during his second time with the Cavs. 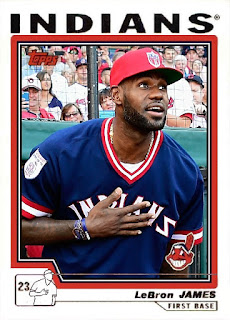