A native of North Carolina, Carter Faith started performing before she reached her teens. Relocated to Nashville, TN, Faith attends Belmont University as part of their songwriting program. Her resume is growing and includes performing the National Anthem for the Baltimore Orioles, which led to her Celebrity Jersey Card. 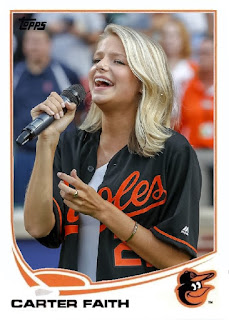 Singer and songwriter Jaden Michaels was born in Davenport, IO. She has collaborated with some of music's big stars, including Jennifer Lopez, Demi Lovato and Carly Rae Jepsen. Her debut album was released earlier this year. Like fellow singer Faith, Michaels performed the National Anthem for the Orioles leading to her Celebrity Jersey Card. 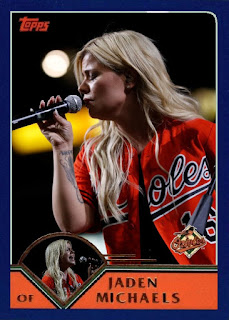