A native of Missouri, Robert Guillaume rose to fame on tv's Soap and later Benson, his own sitcom. Later, while appearing on Sports Night, Guillaume suffered a mini-stroke, but recovered and had it written into his part.Guillaume appeared in The Kid From Left Field, as manager Larry Cooper, father of Gary Coleman's character. His role as the Manager of the Padres earned Guillaume his Celebrity Jersey Card. 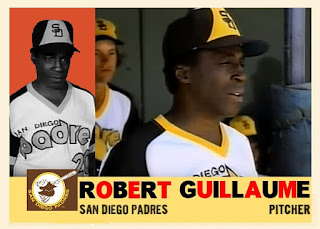 Born in Mississippi, Gary Collins appeared on dozens of television shows. Eventually, Collins became a host of several shows. He co-starred with the aforementioned Guillaume in The Kid From Left Field. As Pete Sloane, Collins got a big hit in the movie and also earned his Celebrity Jersey Card. 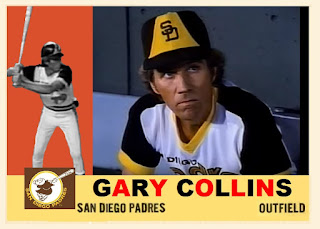