Celebrity Jersey Cards is a weekly series in which I create virtual trading cards fo celebrities wearing sports jerseys. I'm featuring my Chicago Bears and their opponent this week in the playoffs.

Sweden born Marcus Kruger was drafted by the Chicago Blackhawks  Kruger played in Switzerland last season. Kruger was one of several Blackhawks to make a special appearance at a Bears game. On his Celebrity Jersey Card, Kruger wore his familiar #16 (not just for Bears punter Pat O'Donnell) and was joined by former teammate Andrew Shaw. 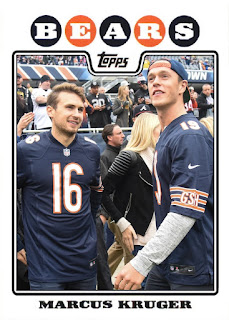 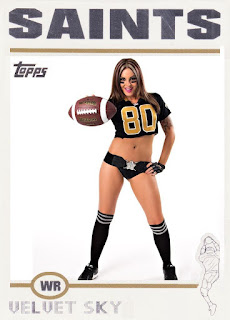