Alex Trebek was born in Sudbury, Ontario, Canada. After hosting several game shows to varying degrees of success, Trebek hit it big with Jeopardy, a show he hosted since 1984. Trebek bravely fought a battle with Stage IV pancreatic cancer, which eventually took his life in 2020. Trebek's Celebrity Jersey Card is a real classic card and features him honoring the late Kobe Bryant by wearing his Los Angeles Lakers jersey. 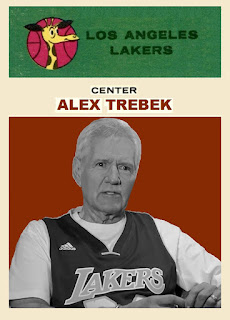 Born in Mississippi and partially raised in Milwaukee, Oprah Winfrey became such a media star, she attained one-name status and recognition. Oprah has done television, movies, books, magazines and more. Seemingly, anything she touches turns to a success. The Toronto Raptors are certainly hoping that is the case after she donned their jersey to earn her Celebrity Jersey Card. 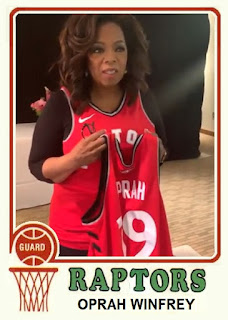