Born in Los Angeles, Danny Trejo rose to fame as an actor, after straightening out his life which had included several stints in jail. Although Trejo has a lengthy and varied resume, he is perhaps best known for portraying Machete in several different projects. Trejo posed with a member of the Philadelphia Flyers ice crew to earn his Celebrity Jersey Card. 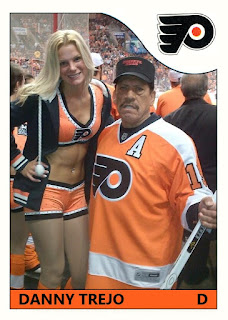 John Pyper-Ferguson was born in Australia, but was raised mostly in Vancouver Canada. His first film role was Prom Night II, which as been followed by many other film and tv roles, including recurring roles on The Last Ship and Suits. Pyper-Ferguson stayed true to his Vancouver roots by donning an old school Canucks jersey at a game to merit his Celebrity Jersey Card. 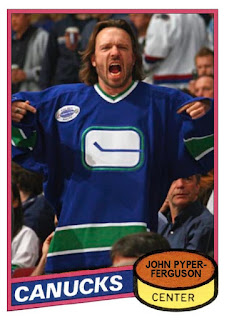