On the Beat With Val Whiting

Earlier this week, I had the pleasure of interviewing former collegiate and pro basketball player Val Whiting for Global Women's Sports Radio. Our interview is at On the Beat With Val Whiting.

Yesterday, I had the pleasure of interviewing former collegiate and pro basketball player Val Whiting. A multi-time champ at several levels of ball, Val continues to have an impact on the game she loves.

A four time high school champ, Val went to Stanford, where she added two more titles to her growing resume. Val was a vital part of three Final Four teams and four Pac-12 Championships. In addition to her team's success, her honors include two-time National Player of the Year Finalist, two-time All-American, two-time Pac-12 Player of the Year and ESPY Award Nominee.

After graduating from Stanford with a degree in Biology, she was accepted into many medical schools, but opted to delay med school for a pro playing career. Val played in the American Basketball League, the WNBA and overseas.

Along the way, Val became a Certified Life Skills Instructor and a Certified Performance Edge Coach. She is also on the National Advisory Board for the Positive Coaching Alliance.

The “Hype Woman” has mentored thousands of athletes. She is deeply committed to youth development. She was recognized as one of her state's “Top 35 Women in Business.” Val also serves on the National Advisory Board for the Positive Coaching Alliance.

On IamCoachVal.com, Val offers many services and products, designed to coach, teach and mentor. As a speaker, Val relies on a wealth of experience and success to connect with the audience.

Coach Val discussed all of this during our interview, starting with her time at Stanford. She talked about winning titles and then not winning one. The subject turned to her pro playing career, including her thoughts on playing overseas and pro ball then and now. She gave great insight into the current state of the WNBA, including the social justice movement, the future growth and more.

Near the end of the interview, I mentioned Val should write a book. She has a fascinating story to tell, from being the object of bullying, racism and other forms of ugly behavior to becoming a success story on and off the court to guiding today's youth to successful paths. I was pleasantly surprised when Val stated she is in fact doing just that. Val's book should be released late summer or fall this year and I can't wait to read it.

I asked Val to come back for an update interview upon the release of her book. When that happens, we will bring it right here.

We really appreciate Val's time and consideration in giving us a glimpse into her life. We encourage everyone to check out IamcoachVal.com. 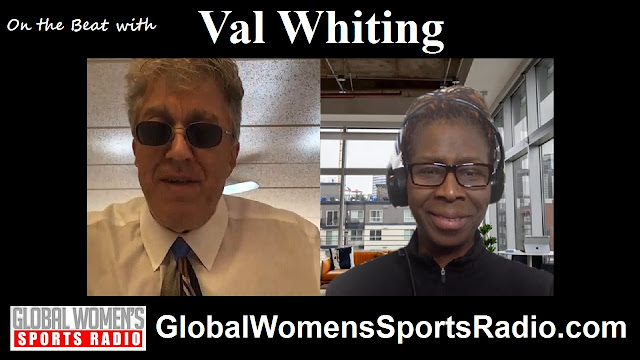