On the Beat With Athletes Unlimited Lacrosse 2021 Week 2

Their were six different MVP's in the six games. The races featured 16 different players in the top three spots.

Individually, Wood stayed in first place with 812 points. Dempsey Arsenault moved up one spot into second place. Britt Reed and Kylie Ohlmiller jumped into the to[p four spots, while Kayla Treanor and Hayley Warden dropped out of the top four.

I attended one media session featuring Alex Aust, Cortney Fortunato and Emily Parros. That session can be found at On the Beat With Athletes Unlimited Lacrosse 2021 Week 2. 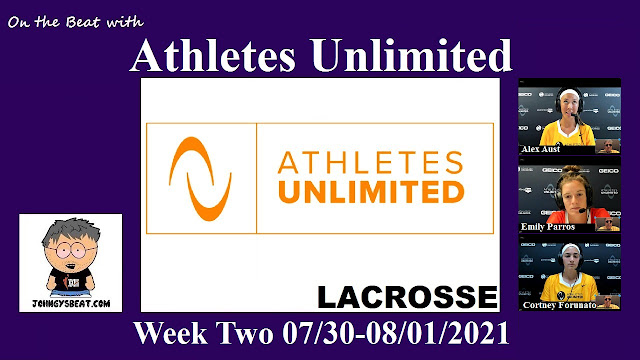