The Connecticut Sun held a game day media session featuring Alyssa Thomas and Natisha Hiedeman. As expected, much of the talk centered around the Game One loss to the Chicago Sky and Game Two tonight.

Thomas, who has played three games since her return from an Achilles injury, spoke about her health. She has averaged six points, four rebounds, two assists and about 17.5 minutes per game since her return. While she is healthy, she is probably not in midseason form yet. Still, her return is a big boost to the already loaded Sun.

Hiedeman scored nine points in the loss to Chicago. She has averaged 10.66 points and 0.83 steals per game over the last six games. The first player off the bench, Coach Curt Miller looks to Hiedeman for a spark whether in the game or on the bench. Hiedeman should have extra help when the Suns head to Chicago for Games Three and Four, because of the proximity to her Wisconsin home. She confirmed there will be a sizable Hiedeman fan section for those games.

The Sun were favored by 7.5 points. Having lost Game One, this is a crucial game for the Sun (maybe even a "must win" game). The Sun will still have Game Five (if necessary) at home, but they don't want to head to Chicago down two games.

I predicted Chicago to win this series in five. Taking the first game was a huge step in that direction. I see Connecticut coming out strong tonight and taking an 85-82 victory 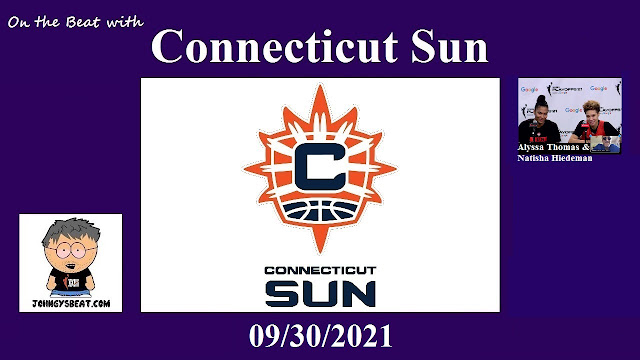