Cards That Never Were is a recurring series in which I create virtual trading cards for players missed in various sets. It is a concept I have borrowed from far too many to list, but I appreciate all of their efforts. More of my creations and many great creations of others can be found in the Custom Baseball Cards Facebook group (and not just baseball cards).
Bob Avellini played college ball at Maryland, before being selected by the Chicago Bears in the 6th round of the 1975 NFL draft. Avellini started 50 (and played 70) games during his 10 years with the Bears, throwing for for 7,111 yards with 33 TDs and 69 INTs. Most of his playing time came in his first four seasons. Coach Mike Ditka cut Avellini midway through the 1984 season and he signed with the New York Jets, but did not play.
For his efforts, Topps gave Avellini cards in 1976-'80. That left five cards to be made. With help from Lynn from the previously mentioned FB group, who made the 1983 card, Avellini's missing cards are missing no more. His 1985 "career capper" shows him still with the Bears. I am not even sure he suited up for the Jets, thus this seems fitting to me. 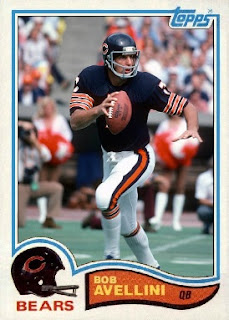 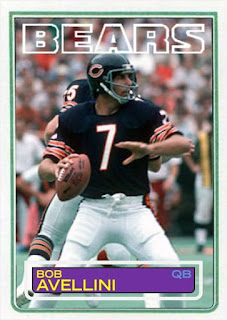 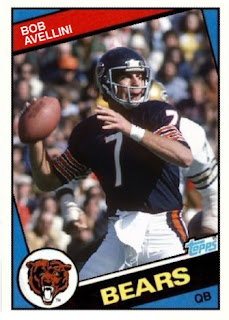 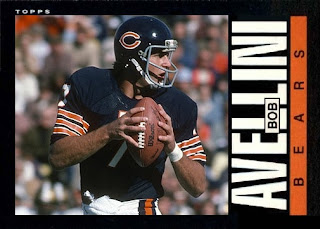