Bill Russell was an 11x champ and 12x All-Star in his 13 year NBA career, on his way to the Hall of Fame. He also had coaching stints with three teams. Russell's records, awards and accomplishments are too numerous to list, but he is one of the most highly decorated NBA players o all time. Russell was one of the flag-raisres for the Seattle Seahwks, earning his Celebrity Jersey Card. 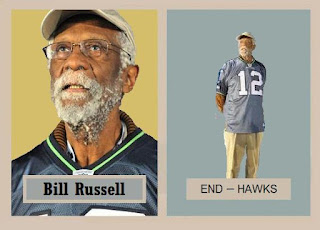 Catcher Dan Wilson played two seasons with the Cincinnati Reds, before joining the Seattle Mariners, where he played for the next twelve seasons. He finished his career with 1,097 hits, becoming a fan favorite. He returned to Seattle to raise the flag for the Seahawks and earn his Celebrity Jersey Card. 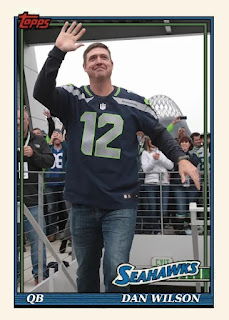