On the Beat With Shane Winkler

I just had the pleasure of interviewing East Carolina University Head Softball Coach Shane Winkler. It had been a long time sine I last talked to Coach Winkler. Our interview is at On the Beat With Shane Winkler.

I first met Coach Winkler in 2014, when he was managing the National Pro Fastpitch Chicago Bandits. The Bandits finished 30-18 in second place under Winkler.

A standout baseball player at Illinois Central College, Purdue and Butler, Winkler played a couple seasons of minor league ball. Two of his managers in the minors were former major leaguers Buddy Biancalana and Tom Browning.

When his playing career ended, Winkler started coaching. Winkler's first collegiate job came as in 2005 as co-head coach at Danville Area Community College in Danville, Illinois. He started coaching softball while in college in his hometown of Kentland, Indiana. More recently, Winkler coached Charleston Southern for ten seasons, followed by three seasons at George Washington. He is in his first season at East Carolina University.

In our interview, Coach Winkler discussed his path to the Bandits, his coaching style, recruiting and more, including a scouting report on his Pirates team. He also talked a bit about the remaining games and the tough American Athletic Conference.

The ECU Pirates are 19-29 (2-10). As Coach Winkler stated, they are in a bit of a rebuild, but have already surpassed last year's win total of 16. The Pirates have seven more games and then host the AAC Tournament May 12-14. We wish a lot of luck to the Pirates and we'll be following.

I thank Coach Winkler for his time and consideration. Go to ECUPirates.com for more info on East Carolina Athletics. 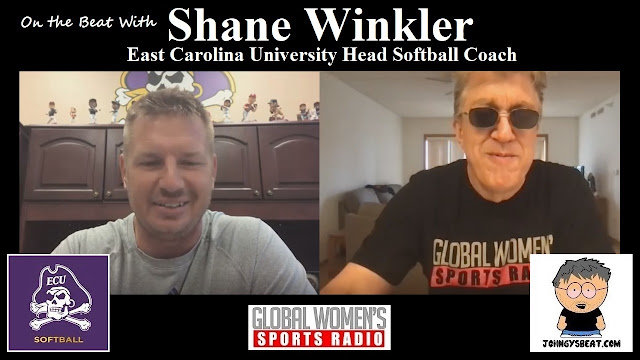