After playing at DePaul, Doug Bruno started coaching high school ball. From 1976-78, he was head coach of DePaul's women's basketball team. After a short stint away as coach of the Chicago Hustle and several years as assistant coach of the men's team at Loyola, Bruno returned to DePaul in 1988 and has become a legend there. Bruno is one of the biggest supporters of women's sports, not just basketball. He tossed out the first pitch for the Blue Demons softball team several times, but his Celebrity Jersey Card comes from one he tossed at Wrigley Field. 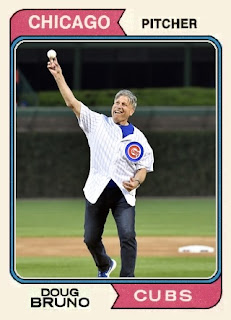 The son of former NBA player and coach Doug Collins, Chris Collins starred at Duke, before starting his coaching career. A short stay as an assistant at Seton Hall was followed by a long run as an assistant at Duke. He became head coach of Northwestern's Women's Basketball in 2013. After a few good seasons, the team has struggled a bit oever the last few seasons. Collins also tossed a pitch at Wrigley for his Celebrity Jersey Card. 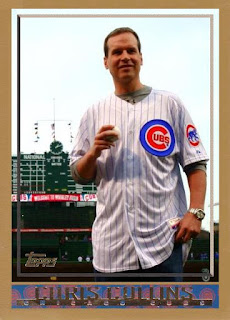 The newest of the Chicago three, Allison Guth played at Illinois, before starting her coaching career. She came to Loyola after the 2022 season following a seven year run as women's head coach at Yale. She had previously been an assistant at Loyola, as well as Missouri, DePaul and Northwestern. Shortly after rejoining Loyola, Guth had a good time at Wrigley with Clark and wound up on a Celebrity Jersey Card. 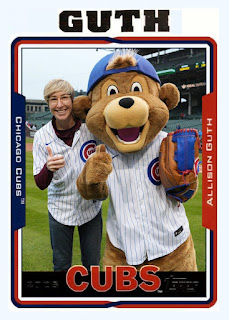