On the Beat With Joey Roth

Roth has been a force on the Chicago entertainment scene for many years. A wrestler, broadcaster, manager, actor and more, the versatile Roth talked about all of this in our interview yesterday.

Our interview began with Roth discussing how WWE legend The Honky Tonk Man (Wayne Ferris) played a role in his start in the business. Fast forward about 20 years, I saw first hand when Roth caught up with HTM at C2E2, thanking him.

While still remaining active in the ring, Roth eventually starting transitioning into more of a manager. Along the way, he added Roxi Heart as his partner in wrestling and life. Together they have collected titles, while creating havoc in several independent wrestling companies.

Not satisfied with helping others win titles and even winning a few of his own, Roth created the Joey Roth title, as did Heart with the Roxi Heart belt. Both are accepting challenges for their titles, but Roth really has his eyes on legendary television horror host Svengoolie, who he presented with his own Sven belt. A Roth versus Sven match with both belts on the line would be a main event anywhere.

Roth discussed what makes a great wrestling manager. He also discussed which big name wrestler could benefit most from his services. That answer was a bit out of the box and on a larger scale than expected, but knowing Ross, it really should not be a surprise.

Outside of wrestling, Roth still takes center stage, litterally. He talks about his acting career, including his upcoming role in The Tempest with the GreenMan Theatre Troup in Elmhurst, Illinois.

Explaining how he views wrestling and theater, Roth gets to the core of wrestling. This really is why he excels in both. He isn't in wrestling to get himself over with fans. He is there to entertain fans. Roth is the perfect example of the wrestler fans love to hate.

Wrapped around a wrestling gig at POWW Entertainment this weekend, Roth and Heart will be in full cosplay mode at C2E2, a huge Chicago comic con. Roth will also be conducting interviews for me, as he masterfully has done in the past. Armed with a great knowledge of pop culture and comics, Roth's improvisation skills make him one of my most popular interviewers.

I couldn't let the interview end without bringing up Rowdy Roddy Piper, a wrestling legend important to Roth and me. Recently hitting the seven year anniversary of Piper's passing, Roth tells what the wrestler-actor meant to him. Anyone who sees Roth in action, sees bits of Piper.

I appreciate Roth for his time and consideration. Follow Roth on social media for his news. Always check back on The Every Day Fan for my coverage of Chicago area wrestling. 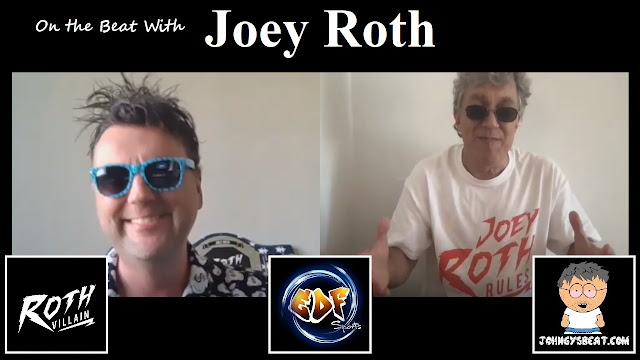