On the Beat With Brooke Tanner

I recently had the pleasure of interviewing Brooke Tanner, who is at the beginning of her wrestling journey. Brooke will make her singles match debut against veteran Stacey Shadows in a couple weeks.

I loved having the opportunity to interview Brooke before her first solo match. I relish the idea of getting in at the beginning and following her career as it develops.

Brooke discussed getting interested in wrestling, her martial arts career and the start of her wrestling journey. It was a bit of a long and unique path, but it all ties together nicely.

A teacher by trade, Brooke pondered the thought of her students knowing what their teacher does and seeing her grapple. Brooke follows the path of other teacher/wrestlers like WWE Hall of Famers George “The Animal Steele and Tito Santana.

Already with the smarts of a veteran, Brooke opted not to reveal her finisher move until she gets to use it in a match. Of course, I quickly requested a future interview to discuss her finisher.

Specific to her match with Shadows, Brooke gave a bit of her strategy, without divulging everything. She also talked about soaking in the moment in front of her home state crowd.

Brooke's match against Shadows will take place October 8 at “They're Here,” a supershow presented by SSW and sNs at the Brat Stop in Kenosha, Wisconsin. The supershow will feature WWE Hall of Famer Tugboat (Typhoon) and All Elite Wrestler Max Caster.

“They're Here” is a supershow in name and substance. This card is stacked and Brooke is thrilled to be a part of such a big show, especially for her singles debut.

It was a real pleasure meeting and talking to Brooke. She has a bright future. With her enthusiasm, charisma, intelligence and athletic ability, she will go far in wrestling. "They're Here" is a mjor step for her and I look forward to it, too.

I thank Brooke for her time and I wish her great luck in her match. Watch our interview at On the Beat With Brooke Tanner. Check back here and TheEveryDayFan.com for more wrestling interviews and coverage. 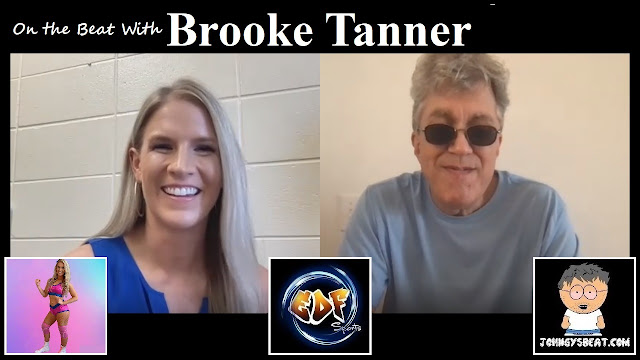