Retired freestyle and folkstyle wrestler Gable Steveson was born in Indiana, but starred at the University of Minnesota. Steveson won a gold medal at the 2020 Tokyo Olympics. He became the second gold medalist to sign with the WWE (after Kurt Angle), but has yet to wrestle. He got his Celebrity Jersey Card while tossing out a first pitch. Id guess he pinned it. 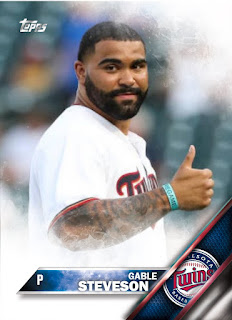 Texas born Sarah Fuller was a star goalkeeper for Vanderbilt, when she vaulted to fame when she became the first woman to play in a Power Five Conference football game, kicking off for the Commodores. Later that season, she became the first woman to score, when she kicked an extra point. Fuller currently plays for Minnesota Aurora FC. She received a Celebrity Jersey Card by tossing a first pitch for the Minnesota Twins. I bet she got a kick out of that. 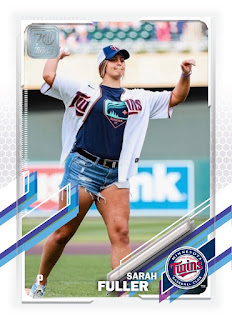