Olympic medalist pitcher Cat Osterman was born in Houston, Texas and starred at the University of Texas. She won a gold and two silver medlas in three Olympics. She also had a stellar pro career with several teams in National Pro Fastpitch and Athletes Unlimited, where she was the first year champ. I have had he pleasure of interviewing and knowing Osterman and she is a beast of a competitor and a sweetheart of a person. Se earned her Celebrity Jersey Card tossing a pitch for my Chicago White Sox. 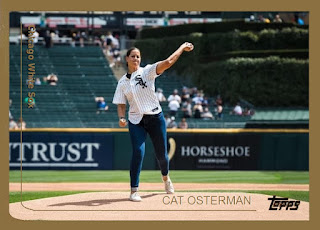 Aleshia Ocasio was born in Florida and starred at the University of Florida. She went on to play two seasons for the National Pro Fastpitch Chicago Bandits, before moving on to the USSSA Pride and Athletes Unlimited, where she was the second season champ. Ocasio is part of a two sport marriage, being partnered with WNBA star Natasha Cloud. Ocasio got a Celebrity Jersey Card featuring pictures from ace photog and friend Jade Hewitt. I loved both pictures so much, I made two cards for AO. 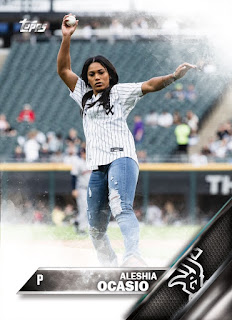 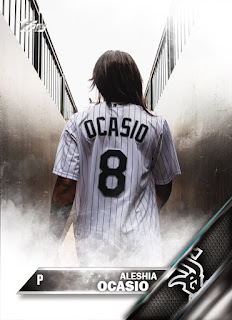