Model and tv personality Chrissy Teigen was a briefcase model on Deal Or No Deal, among other gigs. She married musician John Legend in 2013. Although born in Utah, Teigen sported a Seattle Seahawks Russell Wilson jersey for her Celebrity Jersey Card. 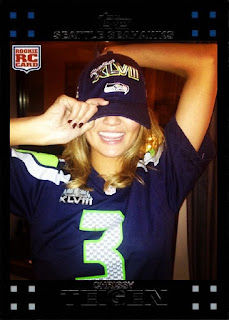 Singer, actress, model Ciara also wore a Russell Wilson Seahawks jersey, but her reason was clear. Ciara is married to the star QB. I'm waiting to get a picture of Ciara in a Denver Broncos jersey to update her support for her husband. That would be a "Traded" or a variation Celebrity Jersey Card. 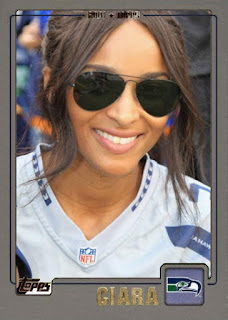